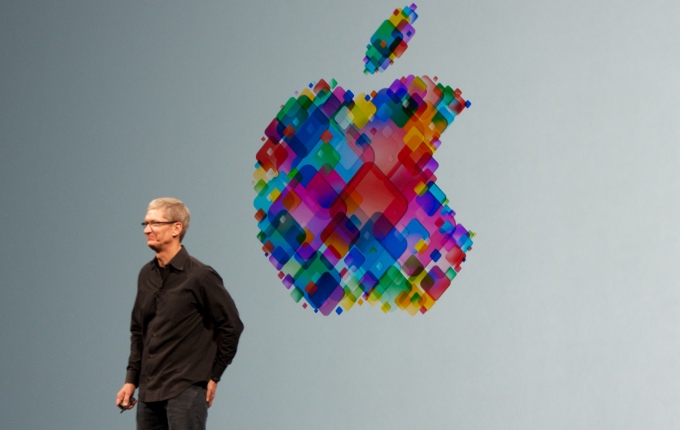 Apple’s CEO, Tim Cook, has told the Executive Secretary of the UNFCCC, Christiana Figueres, that addressing climate change is “truly important for our company, planet and customers.” (Image by Mike Deerkoski)

If New York Climate Week is a reliable measure, attitudes to climate change are shifting rapidly. One day after 310,000 people marched through New York to call on governments to act, and on the eve of the UN Secretary General’s one-day climate summit, a number of high profile global CEOs gathered to lend public support to the launch of an initiative to promote low carbon business.

In New York, the leaders of some of the world’s best known companies set out to demonstrate that moving to climate friendly operations is not a burden for business, and to call for clear national and global policies that would encourage businesses to act.

The opening day of New York’s Climate Week saw a cascade of pledges and promises, including the highly symbolic announcement by the Rockefeller Brothers Fund – a  philanthropic foundation that owes its wealth to J D Rockefeller’s Standard Oil — that it will no longer invest in fossil fuels.  Many philanthropic foundations have been criticized in the past for promoting climate action with funds derived from continuing investments in fossil fuels.

Some of the CEOs who support We Mean Business have also had their green credentials questioned in recent years. Sir Richard Branson, founder and CEO of the Virgin Group, derives much of his wealth from his still-expanding airline business and has spent more on trying to promote space travel than he has on supporting action on climate.

Apple has also been a target of activist wrath in China for its poor environmental record. A few city blocks from the Pierrepoint-Morgan Library, where the CEOs were publicly pledging their support of the project,  eager customers were snapping up the newly released I-Phone 6, adding to the 10 million I-Phone 6s sold by Apple over the weekend. Despite having stimulated this upsurge in consumer desire, Apple’s CEO, Tim Cook, told the Executive Secretary of the UNFCCC, Christiana Figueres, that addressing climate change was “truly important for our company, planet and customers.”

Under its last CEO and founder, the late Steve Jobs, Apple was heavily criticised by Chinese environmental activists for failing to control pollution in its supply chain and for tolerating production practices that poisoned many workers. The company refused to respond to the concerns that civil society raised.

Under Tim Cook’s leadership, however, Apple has become more responsive and less secretive about conditions in its supply chain. Mr Cook insisted that Apple’s core value demands that it leave the world “better than it found it,” and promised cleaner, greener products in the future.

The company, he said, had set a target of 100 per cent renewables for its data centres, and built the largest privately owned solar plant in the US to meet the target, now producing enough power to supply 14,000 homes. It now supplies 94 per cent renewable energy in its data centres and corporate headquarters and plans to turn its attention to its products’ energy use, recycling and the supply chain.

Cleaning the supply chain, which is still located largely in China, is “dirty and detailed work that involves rolling your sleeves up — real work and real projects,”   according to Mr Cook.

“I don’t accept that there is a tradeoff between the economy and the environment,” he said.  “If you innovate and set the bar high, you can find a way to do both.  We are speaking out because, although we are secretive about what products we are working on, climate, human rights and education are deep core company values.”

Worthy though these sentiments are, it remains to be seen whether a company with a business that depends on continually creating desire for new products can truly claim to be green or sustainable. As one former Canadian minister observed on Monday, a greener option would be to produce recyclable and modular phones that customers could keep for several years, rather than discarding them to buy the next model.

India can keep its air as clean as during lockdown

By Soumya Sarkar
Kirk R. Smith, who made India his second home, was instrumental in driving policy initiatives to combat indoor air pollution that affects women and children the most
END_OF_DOCUMENT_TOKEN_TO_BE_REPLACED