As India continues to suffer the impacts of climate change, Indian businesses turn to the India Greenhouse Gas Programme to manage their carbon footprints. The programme currently manages 14% of the country’s emissions 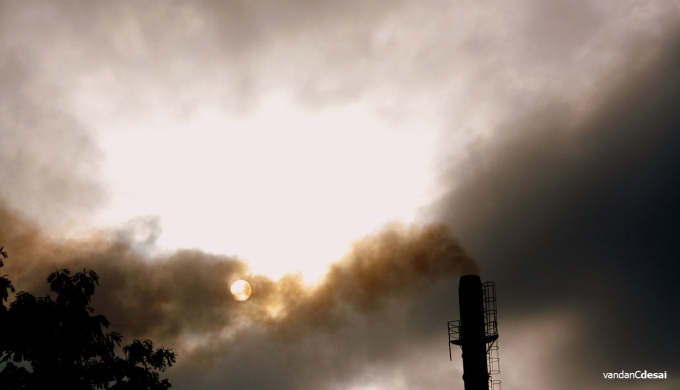 As climate change unleashes coastal flooding, erratic rainfall, heat waves and increased glacier melting in the Himalayas, the need for India’s corporate sector to play a greater and more proactive role in mitigating and adapting has never been more critical.

Experts say that aggressive measures by businesses will remain the pivot for sustained action on climate change. The India Greenhouse Gas (GHG) Programme is one such initiative which provides businesses a standardized method to measure and manage their GHG emissions.

Launched in 2013 by the World Resources India (WRI), an NGO, The Energy and Resources Institute, a think tank, and the Confederation of Indian Industry, an industry body – the initiative provides businesses with the wherewithal and technical knowhow to measure their emissions, identify reduction opportunities, establish short and long-term reduction goals. It also tracks their progress based on the GHG Protocol, the most widely used emissions accounting and reporting standard in the world.

The Indian arm of the Carbon Disclosure Project – an international emissions tracking organization – found last year that less than a third of the firms from which it sought emissions records had bothered to respond. In such a scenario, the role of the India GHG Programme has become more crucial.

According to Vivek Adhia, Senior Associate with WRI India’s Climate and Energy Programme, “The programme assists India’s corporate sector in achieving emissions reductions and improving operational efficiency. It brings in a mix of internationally consistent tools, standards and guidelines along with hands-on country-specific and locally relevant industry knowledge. Our primary focus is driving profitability with businesses increasingly looking at tangible benefits and impacts of GHG management.”

The broad idea, adds the ecologist, is to addresses the needs and expectations of the industry in building capacity to mitigate economic, social and environmental risks while helping businesses remain profitable, competitive and sustainable.

The initiative hasn’t come a day too soon. A World Bank study estimates that developing countries like India will need between US$70 and US$100 billion per year through 2050 to meet current and future climate adaptation needs. India’s current spending is approximately US$4.4 billion, a huge shortfall that underscores how Asia’s third largest economy is poorly equipped to overcome its adaptation challenges.

A study by the Central Research Institute for Dryland Agriculture (CRIDA) has highlighted how climate change has already directly devastated over 27% of India’s land mass with potential ramifications for communities, businesses and the country’s development. Oxfam, an international NGO, predicts that climate change will inevitably hurt crop production, so hunger will worsen and incomes will be disrupted around the world.

In response, the Indian government launched the National Action Plan on Climate Change (NAPCC) in 2008. The initiative identifies eight core “national missions”, which deal with mitigation of greenhouse gas emissions that are causing climate change as well as adaptation to climate change effects. In 2009, India also committed to reducing the country’s emissions intensity by 20-25% by 2020 from a 2005 baseline. By itself, Indian industry had already reduced its emissions intensity by an estimated 17.6% between 1990 and 2005 as it became more productive.

Under the NAPCC, energy efficiency regulations and policy measures such as the Perform Achieve Trade (PAT) Scheme (which is expected to facilitate roughly US$5.4 billion in efficiency investments), and regulated carbon dioxide emissions in the telecom and aviation sectors are bringing tangible changes.

Still, the wide disparity which exists regarding the capacity of Indian companies to respond to climate change makes things worse, say experts. While some sectors—such as cement and steel— have managed to control their GHG emissions, and are incorporating low-carbon planning into operations and product development, others like power generation lack innovative, industry-specific inputs in terms of technological, regulatory, and financial support to get to the same level of operational efficiency. And there is hardly any movement in this direction in India’s myriad micro, small and medium enterprises.

WRI has found that while Indian businesses recognize the incentives of sustainable business practices, they are challenged by a lack of uniformity in GHG measurement guidelines and a national benchmarking system. The lack of clear policy and regulatory directives, limited access to clean technology, the absence of methods for foot-printing data and inadequate institutional capacity together act as constraints on the ability of middle management to measure and manage GHG emissions, the NGO suggests.

Exponential growth in India, poised to become the world’s third largest economy by 2025 after the US and China, will require accelerated action on emissions. In a business-as-usual scenario, an upward spiral in the demand for resources will simultaneously raise the country’s dependence on oil and coal imports. Electricity generation will need to be ramped up to meet increasing industrial and residential demand leading to a corresponding increase in GHG emissions, unless steps are taken urgently.

According to Adhia, promoting profitability and environmental sustainability will thus remain a fine balancing act in a developing country like India. To curb expected increases in GHG emissions, Indian industry needs focused efforts to increase the efficiency with which it uses resources, he adds. It should reduce consumption by adopting more recycling and reuse of existing resources, and accelerate the adoption of clean technologies with an objective to optimize life cycle cost.

In this context, Uday Gupta, Managing Director, Mahindra Sanyo Special Steel, says the GHG programme has brought in a strong focus in the area of climate stewardship in the industry. “We’ve been closely working in the area of carbon foot printing through capacity building, understanding risks and opportunities, exploring mitigation steps and collaborating in the supply chain. We encourage our Tier 1 suppliers to pilot a simplified carbon foot printing tool developed under the umbrella of the India GHG programme. The interconnectedness of business and climate change can’t be overlooked.”

According to Santanu Roy, General Manager Corporate Planning at Gas Authority of India Limited (GAIL), the biggest advantage of the programme is that it has facilitated its member companies to start estimating their GHG inventory by providing models and case studies which will enable them to further monitor and manage their emissions. “However, to build more awareness on climate change related risk to the Indian corporate sector, the programme can enhance its engagement with the government and regulatory bodies,” he suggests.

Initiatives which develop an internationally consistent and locally relevant GHG measurement and accounting framework are the need of the hour, say experts. The GHG programme’s strength, they add, lies in its synergy with key organizations and other stakeholders which ensures a consolidated response and added value, rather than a duplication of on-going initiatives. The participation of many government departments and representatives from the ministries of Finance, New and Renewable Energy, Environment, Forests and Climate Change and the Bureau of Energy Efficiency in the policy round tables organized by the programme gives it further heft.

Nitin Pandit, head of WRI in India, states that with the voluntary participation of over 30 responsible Indian businesses, the GHG programme already manages over 14% of India’s carbon emissions. “The number is over 35% if you count only industrial and electricity emissions. The rapid adoption by industry shows the immense potential of the programme and how valuable its tools and processes are ensuring that India moves toward a greener economy.”

Use renewable sources to charge electric vehicles in India

By Rana Pujari
There is a compelling case to catalyse decarbonising transportation in India, which can be achieved by deploying clean-powered electric vehicle charging stations
END_OF_DOCUMENT_TOKEN_TO_BE_REPLACED

Batteries will be pivotal in India’s electric mobility transition

By Soumya Sarkar
The United Nations has warned that immediate action is needed to face the triple environmental emergency of climate change, biodiversity loss and pollution
END_OF_DOCUMENT_TOKEN_TO_BE_REPLACED