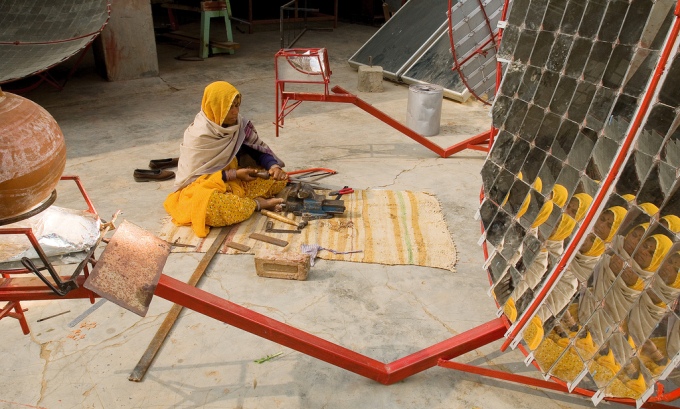 The eight countries in South Asia that comprise the South Asian Association for Regional Cooperation (SAARC) have a collective population of over a billion and a half people, many of whom live in some of the ecosystems that are most vulnerable to climate change impacts such low lying deltas of the Ganga, Brahmaputra and Indus rivers, high mountains of the Hindu Kush Himalayas and islands such as Maldives and Sri Lanka.

At the same time the region collectively has a significant (albeit not huge) and growing carbon footprint.

These collective, many of them transboundary, problems have been known for some time and the benefits of closer cooperation in the region – especially on management of cross country river basins and possible cross country hydro energy sharing – have been known. But even win-win options have been difficult to materialise.

There is an obvious political difficulty of suspicion and lack of trust amongst some key countries that would need to be overcome.

I was recently invited to participate in a South Asia Regional Science Policy Dialogue in the beautiful country of Bhutan organised by the Asia Pacific Network based in Japan.

There was a rich set of discussions which will be brought out as a report soon. Here I am sharing some personal reflections based on the discussions in Bhutan.

First, I think we need to change the perception and hence the narrative of climate change in South Asia from no longer seeing climate change as just a problem but as a significant opportunity to break out of past sterile non-cooperation for the benefit of the people of all the countries in the region. We must think of climate change as such an overwhelming problem facing all of us that we should stop our bickering and work together to fight the common enemy.

Second, the triple nexus of food security, water security and energy security have both domestic and cross-country dimensions which, if tackled together at a regional level, will provide domestic benefits to each country.

These win-win programmes for energy and water cooperation are well known. We need to find the political will to make them happen.

Third, the scientific community in the region has no problem working with one another and there is sufficient scientific capacity in each country that, if combined, can help come up with solutions to the problems which could then be shared with national policymakers.

The scientific community has a comparative advantage in being able to collaborate more effectively than governments and also have the tools and methods to bring cutting edge solutions that would not only be applicable to South Asia but also to the rest of the world.

Finally, on the energy front the region has the potential to leapfrog conventional fossil fuel energy sources to cleaner renewable sources including hydro, solar and wind energy.

It is admittedly a major task which will take years to succeed, and might not succeed in the end. However, a concerted regional set of collaborative research projects between key universities and research institutes over next three to five years would be worth a shot.

The people of the South Asian countries – Afghanistan, Bangladesh, Bhutan, India, Maldives, Nepal, Pakistan and Sri Lanka – can turn the problem of climate change into a solution towards a sustainable development pathway for the individual countries as well as the region collectively. The scientific community can take the lead in charting that course.

By Bhasker Tripathi
Implementation of the clean air plans for India's cities can work if there are legal mandates, clear targets and accountability, coordination and sufficient funding
END_OF_DOCUMENT_TOKEN_TO_BE_REPLACED

By Birsha Ohdedar
India should rewrite outdated, colonial laws and empower local people in the Sundarbans so that embankments to keep out the sea work for communities and nature
END_OF_DOCUMENT_TOKEN_TO_BE_REPLACED

Focus on business sustainability in a post Covid-19 world

By Rijit Sengupta
To build back better after the pandemic, there’s a need to prevent and mitigate negative impacts of businesses on workers, communities and the environment
END_OF_DOCUMENT_TOKEN_TO_BE_REPLACED

By Soumya Sarkar
Since India is the world's second-largest consumer of palm oil, it has a big effect on efforts to make the production and processing of the commodity sustainable
END_OF_DOCUMENT_TOKEN_TO_BE_REPLACED