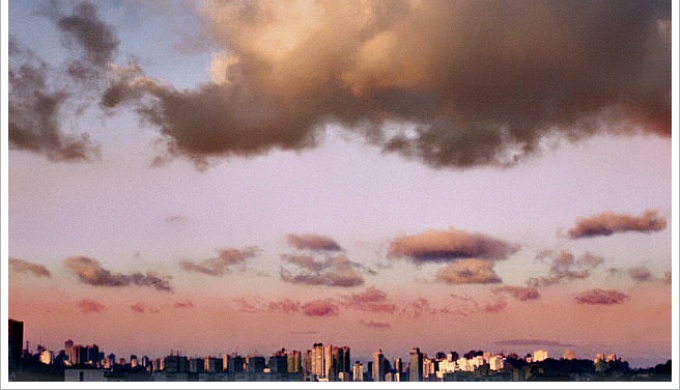 Brazil’s promise of 37% cuts in its greenhouse gas (GHG) emissions by 2025 has caused a stir in the international community and shown that developing countries can make ambitious commitments to cutting carbon, climate experts have told Diálogo Chino. The cut will be based on 2005 levels.

There is near consensus that the Latin American giant’s commitment sends a positive signal that governments can potentially summon the will to limit global temperature rises to the 2 ̊C minimum level needed to prevent catastrophic global warming. Brazil’s government gave the pledge at the UN General Assembly in New York, the last big global meeting due before the next UN-led climate change conference (COP) in Paris later this year

“Brazil’s goal is very important for the world’s efforts in the fight against global warming. The country is one of the major negotiators and needs to ensure that a new climate agreement in Paris will correctly indicate how to build a low-carbon and resilient economy,” said Guy Edwards, co-director of Brown University’s Climate and Development Lab. Brazil is the 83rd of the 195 signatories to the United Nations Framework Convention on Climate Change (UNFCCC) to submit its national climate plan, known as an intended nationally determined contribution, or INDC.

The Brazilian government also promised a 43% cut in GHG emissions by 2030 compared to 2005 levels. It is an ambitious figure when compared to other countries’ pledges, experts said.

The European Union, which has been hailed for its proactive role in climate negotiations, is planning a 40% cut, and the US has promised to decrease GHG emissions by up to 28% by 2025.

For World Resources Institute (WRI) director Rachel Biderman, Brazil’s climate plan has historic significance. “This is the first time that a large developing country has committed to an absolute reduction of emissions,” she said, adding that it indicates a major change in thinking and demonstrates Brazil’s belief that emissions can be reduced even as the economy grows.

Mónica Araya, director of Nivela.org, said Brazil and China are sending a signal to India that the time has come to make commitments and show leadership.  India is the most notable country missing from the list of those that have submitted an INDC; it is the world’s fourth largest GHG emitter after China, the US, and EU

Araya suggested that, much as China and the US cooperate on climate, renewable energy and green cities, Brazil should cooperate with regional partners like Chile to realise their potential in renewable energy.  Shortly after launching the INDC, Brazilian president Dilma Rousseff also defended the principle of ‘common but differentiated responsibilities’ – the notion that all countries need to commit to climate action, but that countries like the US that industrialised earliest should shoulder more responsibility.

“Having started our processes of industrialisation later, the emissions accumulated by Brazil and China, for example, will be significantly less than any developed country,” Rousseff said.

The Brazilian plan was finalised against a backdrop of domestic political and economic crises. Observers were startled by it: “We were expecting a more modest goal, since the country already made a voluntary commitment,” admits Maureen Santos, social and environmental justice coordinator at the Heinrich Böll Foundation in Brazil.

At the 2009 Copenhagen climate conference, the government of then-president Lula da Silva promised to cut Brazil’s carbon emissions by between 36.1% and 38.9% by 2020, compared to a scenario in which no action were taken. In practice, this means that the Brazilian INDC represents a further gross reduction of 19% by 2025 when set against the voluntary 2009 promise.

Brazil is also proposing to boost the share of renewables in its energy mix from 40% currently to 45% in order to meet its target. It will increase the use of bio-ethanol fuel for transport, and step up solar and wind electricity generation, the plan states.

But Edwards thinks that this target falls short for a country with such enormous potential in renewable energy. “Brazil could do much more to diversify its energy grid, moving away from fossil fuels and hydroelectric plants that are vulnerable to drought,” he said.

Speaking of the logging industry, whose destruction of Amazonian forests is a major source of GHGs, , Rousseff promised to restore 12 million hectares by 2030. But experts claim much more could be achieved.

They also noted the risk that Brazil could count cash crops such as eucalyptus and palm,  that are later burned for fuel in its reforestation quotas. “The text does not discuss reforestation of native forest. In other words, an area planted for multiple purposes could be considered reforestation,” Santos explains.

Pledging to eliminate “illegal” deforestation is also a target of criticism. “I believe this adjective will be used to justify all the deforestation that the new forest code has legalised, and to which we are opposed,” Santos adds.

Biderman agrees; “this goal of eliminating illegal deforestation is actually a step backwards,” she said.

Marcio Astrini of Greenpeace Brasil sees a more serious problem in enforcing the legislation: “Just managing forest crime will allow it to survive, and [with legislation in place until 2030] will mandate that the next three presidential terms follow the same path,” he said, adding that the negativity of the president’s approach was “regrettable”.

Brazil is the world’s seventh-largest emitter of GHGs, producing less than China, the US, the EU, India, Russia and Indonesia.

In the last decade, deforestation has ceased to be the country’s largest source of pollution owing to an 82% slowdown in the destruction of forests between 2004 and 2014. Today, the highest polluting sector is energy, as in developed countries.

Rousseff presides over a divided congress and her ability to implement new climate policies is uncertain, as it will be for her successor. “The successful implementation of these goals continues to be a controversial issue,” said Edwards.

This article was first published by Diálogo Chino

By India Climate Dialogue
Six experts outline what Britain needs to do as it hosts the UN climate summit in 2020, a crucial year
END_OF_DOCUMENT_TOKEN_TO_BE_REPLACED

By Joydeep Gupta
It’ll take a global system change if this wish of former UK energy minister Claire O’Neill, who will head the next United Nations climate summit in Glasgow, were to come true
END_OF_DOCUMENT_TOKEN_TO_BE_REPLACED

By Joydeep Gupta
The annual summit failed to make headway as there was a breakdown in discussions over finance, carbon markets or how to deal with loss and damage caused by climate change
END_OF_DOCUMENT_TOKEN_TO_BE_REPLACED

By Soumya Sarkar, Joydeep Gupta
Lives of more than 1.4 billion people living in mountains, coasts and islands are in jeopardy due to an accelerated rise in sea levels and faster melting of the planet’s ice cover
END_OF_DOCUMENT_TOKEN_TO_BE_REPLACED

By Joydeep Gupta
The annual summit failed to make headway as there was a breakdown in discussions over finance, carbon markets or how to deal with loss and damage caused by climate change
END_OF_DOCUMENT_TOKEN_TO_BE_REPLACED