India may have lost a chance to address the possible benefits of reducing its emissions of soot, or black carbon, formed by the incomplete burning of fuels, when it formulated its climate targets 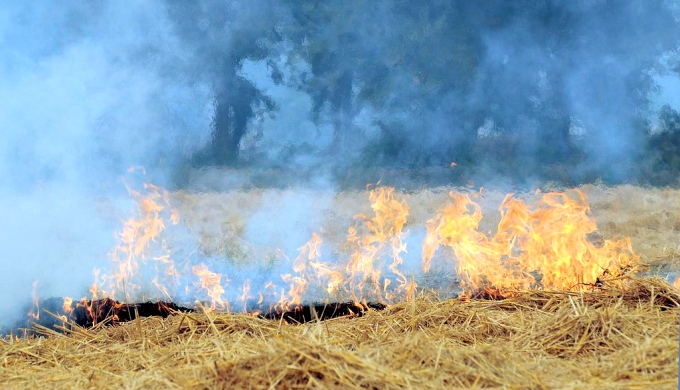 On October 1, India submitted to the UN Framework Convention on Climate Change (UNFCC) secretariat its ‘intended nationally determined contributions’ (INDCs) to reduce global warming. The eight-point action plan aims at 33-35% cut in emissions intensity, or emissions per unit gross domestic product (GDP), by 2030. India also pledged to ensure that 40% of its energy sources would be non-fossil fuels by 2030.

It, however, does not mention soot, one of its major environmental problems and a ‘short-lived climate pollutant’ (SLCP).  SLCPs have enormous global warming potential, but do not remain for long in the atmosphere — at most for 10 days. This is in contrast to other warming gases such as carbon dioxide, methane, carbon monoxide and nitrous oxide that remain for decades. The Kyoto Protocol did not include SLCPs under greenhouse gases (GHGs). However, in recent years, SLCPs are under the scanner for their impact on not only environment but also health as they cause breathing problems. Other SLCPs include aerosols and ozone in the troposphere, or the lowest layer of the Earth’s atmosphere (0-16 km).

The sources of soot vary. A majority of poor women, particularly in developing countries, depend on biomass-based fuels such as wood, twigs and leaves for cooking and lighting, usually under poorly ventilated conditions.

Policies to mitigate GHGs would not automatically address SLCPs, more so because emissions of GHGs and SLCPs vary dramatically in different sectors such as thermal power, transport, industry, brick production or agriculture, says Chandra Venkataraman, professor at the Interdisciplinary Programme in Climate Studies, Indian Institute of Technology-Bombay, and one of India’s leading experts on black carbon emissions.

According to Venkataraman, while mitigation of GHGs is essential to combat long-term atmospheric warming, SLCP mitigation “offers immediate reductions in near-term warming, from their short atmospheric lifetimes”.

In addition, several SLCPs are also air pollutants, whose reduction would benefit both the environment and health. Similarly, ozone is implicated in crop damage, and hence reduction of SLCPs that lead to ozone formation could have agricultural benefits.

Venkataraman cites the example of Mexico which has projected reductions in black carbon emissions as part of its INDCs.

“The role of SLCPs in affecting regional climate change over India is not well understood,” says Venkataraman.

In her view, the “reluctance” of emerging economies to consider SLCPs within a climate mitigation commitment, based on national emission totals, “is misplaced” as they fear it will impact their efforts to lift their poor out of poverty

On a per capita basis, emissions of black carbon from advanced countries under the OECD group are three to four times larger than those of emerging economies such as India.

Also, the sources of these emissions are different. While developed countries have “luxury emissions” of black carbon, from off-road recreational diesel vehicles and large SUVs, for example, emerging economies have “survival emissions” from biomass cook stoves or kerosene lamps.

In developing countries, therefore, mitigation of black carbon “is central to sustainable development, poverty alleviation and environmental health protection, which form part of the core development agenda of the nation”, says Venkataraman.

Modelling studies indicate that among SLCPs, heat-absorbing particles such as black carbon and natural dust cause changes in rainfall over space and time India. These effects act in either direction, including facilitating rains, or alternately, inducing drying trends in some regions. They could also cause uneven rainfall changes, with increases in western, but decreases in eastern India. “However, observational evidence of such changes remains to be strengthened,” she adds.

Scientists are also trying to understand the impact of SLCPs on direct warming of the atmosphere, and changes in air circulation, which govern heat waves whose frequency is rising in India.

Earlier in March, a workshop addressed by the Delhi-based NGO Centre for Science and Environment (CSE) discussed India’s need to address SLCPs in the context of India’s energy divide, and for co-benefits – reducing global warming at the global level and providing environment and health benefits at the local.

“Black carbon is a double-edged sword,” CSE director Sunita Narain told the workshop. One the one hand, India should not “push the responsibility” for reducing warming to the poor who use traditional fuels. On the other, it could “work with the poor by using the opportunity to leapfrog to clean energy for lighting and fuel”.

Venkataraman listed several simple policy actions to reduce SLCPs, which could be considered in the context of climate mitigation. These include enabling a switch from biomass cook stoves to cleaner gasifier stoves, from kerosene wick lamps to solar lanterns, current to cleaner brick production technologies, and to agricultural practices such as using deep-sowing mulching technologies to do away with the need for field burning of agricultural residues.

India lacks precise national data on black carbon emissions, but there are some useful estimates by individual groups.

“A back-of-the-envelope calculation (by her group at IIT) shows that such actions could offset 87% of present day SLCP emissions, totalling 700Tg carbon di oxide equivalent per year of avoided emissions,” says Venkataraman.

India has three emission inventories, A. Jayaraman, director of National Atmospheric Research Laboratory (NARL) at Gadanki, near Tirupati in the southern state of Andhra Pradesh, told the CSE gathering.

Scientists are also yet to address issues of the ratio of organic and black carbon, the ‘vertical profile’ or changes in black carbon levels with height and the effect of black carbon absorption on regional climate models, he added.

By Nambi Appadurai
We have to invest in resilience-building measures, especially in health infrastructure, and weather and disease forecast systems, addressing training and adaptive capacity needs
END_OF_DOCUMENT_TOKEN_TO_BE_REPLACED

By Joydeep Gupta
India is meeting its current unambitious pledge, but it is still pushing coal and failing to protect natural resources needed to protect people from the worst impacts of climate change
END_OF_DOCUMENT_TOKEN_TO_BE_REPLACED

By Lou del Bello
Developed countries are taking action to reduce their own carbon emissions, but they are not coughing up enough money to help vulnerable poorer countries do the same
END_OF_DOCUMENT_TOKEN_TO_BE_REPLACED

By Joydeep Gupta
US president-elect Joe Biden has strong popular backing to deliver action on climate change, which could provide impetus for countries worldwide to follow suit
END_OF_DOCUMENT_TOKEN_TO_BE_REPLACED

By Chetan Pandit, Asit K Biswas
India's civil society now has an opportunity to chart a new course of action that ensures water security through a balance between hydrological needs and environmental safeguards
END_OF_DOCUMENT_TOKEN_TO_BE_REPLACED