Should ‘loss and damage’ be a standalone issue or be included in the adaptation section of the Paris agreement? As the climate summit draws to a close, vulnerable countries are worried that a compromise will be forced on them, again 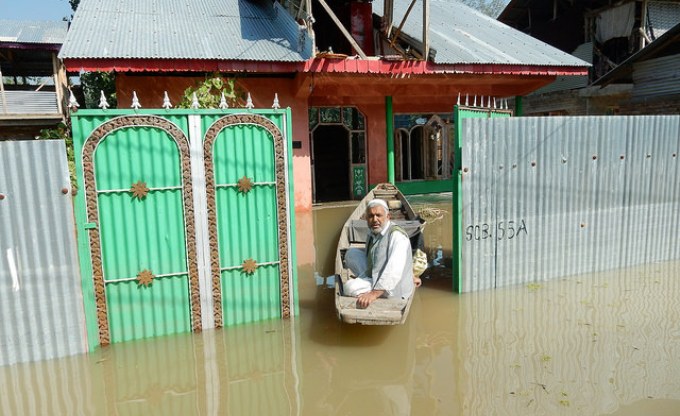 Negotiators gathered in Paris have less than 60 scheduled hours to ink a global deal on climate change but the critical issue of ‘loss and damage’, a hot button topic in previous meetings, is still parked on the sidelines. L&D, as it is known, has been a major concern for vulnerable countries, mostly Least Developed Countries (LDCs) and Small Island Developing States (SIDS), who are demanding a mechanism that ensures compensation if climate induced extreme weather events result in loss or damage of lives or property.

“This is one of the least negotiated issues at official sessions in the past one week,” said a negotiator from the LDC bloc, speaking on condition of anonymity. Though there have been intensive unofficial discussions at bilateral levels, the issue is yet to get the recognition it deserves at the negotiation table. The vulnerable countries group has already expressed its apprehension that the issue is being postponed, and that last hour discussions will again push them towards a compromise.

“Of particular concern to the group is the special treatment of LDCs as enshrined within the (UN) convention, the continued exemption of L&D within the text and still no clarity on the legal status of the agreement,” said Giza Gaspar Martins, chair of LDC group and the chief negotiator from Angola.

L&D was almost kicked out of the decision document last year at the Lima climate summit but negotiators from vulnerable countries were able to at least park it as a preamble to the decision text after a last hour fight with developed countries. “We fought till the last hour to put L&D on the main decision text in Peru but had to compromise to be just mentioned in the preamble of the decision,” said Krishna Chandra Paudel, lead negotiator of Nepal, which is among the LDCs.

The draft negotiation text released late last week included L&D in article 5 but also has an option that allows equal space for it to be embedded in the adaptation section, something which vulnerable countries have been consistently opposing. They point that loss and damage occur when adaptation to climate change effects breaks down.

The inclusion of L&D in the Paris agreement draft – finalised in October in Germany – was possible only due to consistent pressure from vulnerable countries, including the group of developing countries, called G77 and China. But now, once again, it is almost out of the agreement.

Part of adaptation or standalone

This ended in a compromise at the 2013 Warsaw climate summit. The decision – an international mechanism on L&D would be set up, but it would be within the section titled adaptation.

In 2014 in Lima, despite the strong demand of developing countries that L&D be included in the negotiation text, it ended up as a mention in the preamble. Now both options are open.

Developed countries fear that L&D being kept as a standalone issue would allow space for developing countries to demand unlimited funds as compensation if loss and damage to life and property are proven to be climate induced; this would be in addition to the already committed $100 billion by 2020 and same per year thereafter.

The US has flatly rejected the suggestion that L&D be a standalone issue and is reluctant to include any word that would in any way mean compensation, which in turn could eventually mean liability. The European Union has remained silent, but the rest of the developed world is following the US.

On the other side, the largest group of countries, the G77 (which includes LDCs and SIDS) and China is busy preparing a common position before negotiating with developed countries. “It should be outside adaptation and should be stated as standalone issue in the new agreement,” said Paudel.

“It’s not fair to keep L&D within adaptation framework as it’s beyond adaptation and has to be in addition to adaptation,” said Harjeet Singh, climate policy manager at ActionAid International.

The Warsaw International Mechanism on Loss and Damage has not progressed much in the last two years. “The current mechanism is weak and mandated to do non-productive works like strengthening dialogue, enhancing knowledge etc. which has less meaning for vulnerable countries who are already facing problems of loss and damage and have been demanding that issues like compensation be included,” said Manjeet Dhakal, a Kathmandu-based climate policy expert.

There is a strong voice within the developing countries group that a new separate and strong mechanism has to be established with clear mandates.

But many within the developing countries are of the opinion that more focus on L&D means less focus on ambitious targets, a position which will eventually put them in trouble.

“If you ask me personally, our focus should be more on pressurising the developed countries for a highly ambitious target that will keep the increasing temperature below 1.5 degrees resulting in less extreme weather events, which eventually means less damage,” said an LDC negotiator. “It’s better to stop events from happening as far as possible rather than focusing on payments in the eventuality of something happening.”

However, activists such as Singh say, “Addressing loss and damage is a life and death issue, not a bargaining chip. Negotiators need to take the politics out of this topic. All governments, particularly the US, now have to show flexibility, and leave the politics behind, for the sake of the vulnerable people.”

By Joydeep Gupta
It’ll take a global system change if this wish of former UK energy minister Claire O’Neill, who will head the next United Nations climate summit in Glasgow, were to come true
END_OF_DOCUMENT_TOKEN_TO_BE_REPLACED

By Joydeep Gupta
The annual summit failed to make headway as there was a breakdown in discussions over finance, carbon markets or how to deal with loss and damage caused by climate change
END_OF_DOCUMENT_TOKEN_TO_BE_REPLACED

By Soumya Sarkar, Joydeep Gupta
Lives of more than 1.4 billion people living in mountains, coasts and islands are in jeopardy due to an accelerated rise in sea levels and faster melting of the planet’s ice cover
END_OF_DOCUMENT_TOKEN_TO_BE_REPLACED

By Joydeep Gupta
Despite the drought gripping this region of India, one village in Marathwada in Maharashtra has flourished by growing grapes using innovative water saving methods
END_OF_DOCUMENT_TOKEN_TO_BE_REPLACED

By Joydeep Gupta
The annual summit failed to make headway as there was a breakdown in discussions over finance, carbon markets or how to deal with loss and damage caused by climate change
END_OF_DOCUMENT_TOKEN_TO_BE_REPLACED

By Joydeep Gupta
Even six years after the Warsaw International Mechanism for Loss and Damage was established, there is little hope for getting funding for climate disasters
END_OF_DOCUMENT_TOKEN_TO_BE_REPLACED
Share This