The availability of water, or the lack of it, shapes lives in drought-stricken Bundelkhand

Bundelkhand is a dirt poor region where people are now desperately scratching the dirt for water. Only a few farmers have enough money to dig over 50 metres and pump water out of the few aquifers that have not gone dry. A few others have built check dams and embankments to hold the rain where it falls, and their farms remain profitable. But such oases are too few and far between.

The village well in Paldev Ka Purwa village in Banda district of Uttar Pradesh dried up three years ago, bringing cultivation to a virtual halt. (All images by Soumya Sarkar)

A neighbouring well in the village just holds a few inches of water that’s not fit to drink.

The pond near Galha village in Banda district lost all its water two years ago and even watering the animals have since proved to be a challenge to the local peasantry. 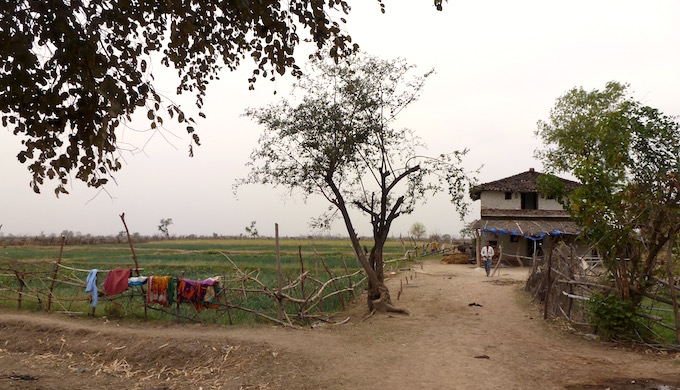 The only farmer in Galha village, Munna Nath (pictured), has been able to cultivate his fields only because he has a bore well and pump.

Years of inadequate rain has reduced the Baghain river in Bundelkhand to a sad trickle, and the lift canal in the Narayani block of Banda district runs mostly dry.

The pond dug a few years ago in Jignanda village of Hamirpur district still holds plenty of water despite scanty rainfall.

The water in the pond has ensured that owner Gaya Prasad Tiwari has harvested a good crop despite the drought.

A micro watershed intervention by building tiny check dams such as this near Salaiya Pamar village in Datia district of Madhya Pradesh have yielded positive results.

A well is being dug in Salaiya Pamar to take advantage of the raised groundwater level.

An agricultural field has been embanked in the Noner mouza of Datia district to catch the rain where it falls.

An old pond in Hamirpur district still holds water despite the drought because it was built keeping the contours of the land in mind.