In a region dotted with large dam projects and public protests against them, the state’s water resources minister says big dams ruin environment, promises to push micro and mini hydro projects instead 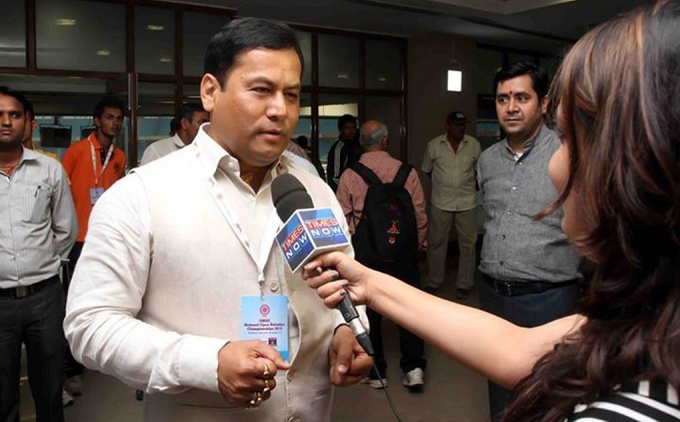 Environmental issues seem to have played an important role in the recently concluded assembly elections in the Indian state of Assam. The alliance led by the Bharatiya Janata Party (BJP) focussed a major part of its campaign on these issues, and these have worked in its favour, possibly signalling the first time in India when an election hinged on the environment.

The BJP’s election manifesto promised that it would focus on smaller dams that have minimum adverse impacts on the environment. On the large dams in and around the neighbouring state of Arunachal Pradesh, it had promised that the suggestions of the expert committees will be taken into consideration – many of which have recommended caution against the construction of mega-projects. The party’s manifesto had also promised to look into the options of greener energy such as solar and wind, besides promising a permanent solution to flooding in the state.

Sarbananda Sonowal, now Assam’s chief minister, had stated repeatedly on the campaign trail, “If voted to power we will take steps to curb the problem of flooding in all the urban and rural areas in the state, and we will also take steps to dredge the Brahmaputra river so that the depth of the river increases and flooding decreases.”

The party’s promise on dams may have helped the BJP led alliance win a record 33 seats out of the 38 in the upper Assam districts of Sonitpur, Lakhimpur, Dhemaji, Jorhat, Sibsagar, Dibrugarh and Tinsukia. All these districts are likely to bear the brunt of big dams being built or proposed in the region, and besides this are heavily flood affected districts.

In total the BJP led alliance won 86 of the 126 assembly seats in the state, the first time it has won a majority in Assam, the largest state in north-eastern India.

According to political analysts, the BJP had recognised the importance of environmental issues in the run-up to the 2014 general elections when it promised a relook into the big dam projects in the North East. At an election rally at Pasighat, in Arunachal Pradesh, on February 22, 2014, Narendra Modi, then campaigning for the post of prime minister, said that honouring the sentiments of the region’s people against large dams, he would prefer smaller hydro power projects in the region. 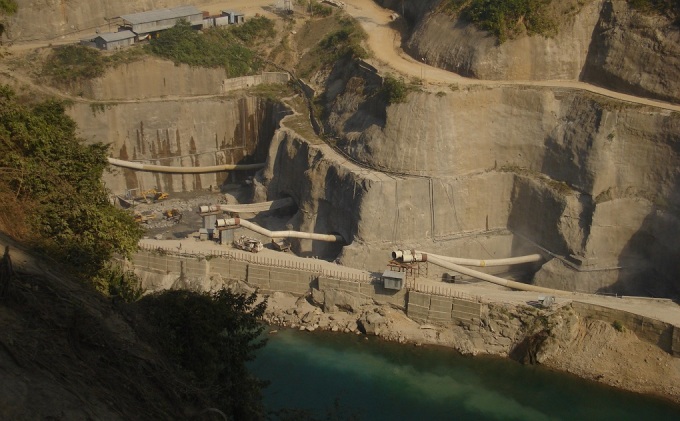 Until then the BJP had never won in the area, but in the 2014 elections they managed to win three out of the 14 Lok Sabha constituencies in Assam and one in neighbouring Arunachal Pradesh. All these areas have a sizable population against the construction of big dams. The BJP managed to capitalise on the sentiment and catch those votes.

“Since 2001 it was always an issue, but by 2013-14 the big dam issue became a major impact issue, and since the BJP showed sympathy towards the anti-dam groups and said that they favour smaller dams, a huge portion of the voters who were against the big dams voted in their favour,” said Nani Gopal Mahanta, professor of Political Science at Gauhati University.

As an icing on the cake for the BJP, its alliance partner, the Asom Gana Parishad (AGP) also made several promises on the same lines, and even said that it would push the central government to take up the issue regarding the reported hydro power projects by China on the Brahmaputra, on a priority basis.

The newly appointed Water Resources minister, Keshab Mahanta, said that the government is committed to the promises it made during the recent campaign, and those mentioned in the election manifesto. “We are opposed to big dams as those will damage the environment, and we will push for micro and mini hydro power projects, to make the state self-sufficient in power,” said Mahanta.

The minister also said that all the political parties speak about the massive water resources in the North East, but no one speaks about setting up an institute on the subject. “We will push for an Institute on hydrology in the state, so that the water potential in this region could be utilized to the maximum,” said Mahanta.

Picking on the Pulse

The Guwahati based Centre for Environment Social and Policy Research (CESPR) carried out research on environmental issues in the 2016 Assam assembly election among voters. They found that, unlike earlier elections when most people were focussed on issues of security and roti, kapda aur makan (bread, clothes and housing), now voters also wanted politicians to speak about environmental issues as well.

“During our survey we came across people—both youth and aged, who said that they want politicians to make election promises on the issues of flood and erosion, urban flooding, big dams and renewable energy,” said Sabita Devi, deputy director of the CESPR.

Devi also said that people want the political parties to mention these in the election manifesto so that they could be held accountable later on, if the promises are not delivered. The political parties seem to have understood the pulse of the voters on the environment issues.

According to Devi this was an important strategy by the political parties, as the informed and particularly the youth voters show concern towards environment, and making promises on such issues attracted them. “The expectations of the voters have evolved over the years, and they now want the political parties to ensure their aspirations from the outcome of the election are on board,” added Devi.

However by then it was too late. Considering that the Congress had been in power for 15 years in Assam, when most of the projects were commissioned, its words may have not carried as much credibility.

“The BJP and its allies had sensed this right after the verdict of the 2014 general elections and had worked on this strategy accordingly, and had left the Congress far behind,” said Devi.

Another issue which the BJP had taken up actively was the issue of rhino poaching in the state. The emotional issue also helped them, as the rhino is deeply tied to Assamese identity. The BJP’s repeated campaigning on the issue also allowed them to target the Congress. “It impacted us much more than we had thought,” said Haren Das, spokesperson of the Assam Pradesh Congress Committee.

Given the vulnerability of India’s northeastern states, particularly Assam, to climate change related impacts, either these elections will be an anomaly particular to the region – or if climate change is understand to be a national issue – a forerunner of things to come. Also, the BJP-led government at the Centre went back on its promises, and Modi as the prime minister – no longer the candidate – commissioned the country’s largest dam without any public consultation soon after being elected. So although these promises were made for winning the election, it remains to be seen what the reality of implementation will be.