India’s rush to add solar power is being aided largely by a manufacturing overcapacity in China, driving down costs of photovoltaic cells and other equipment 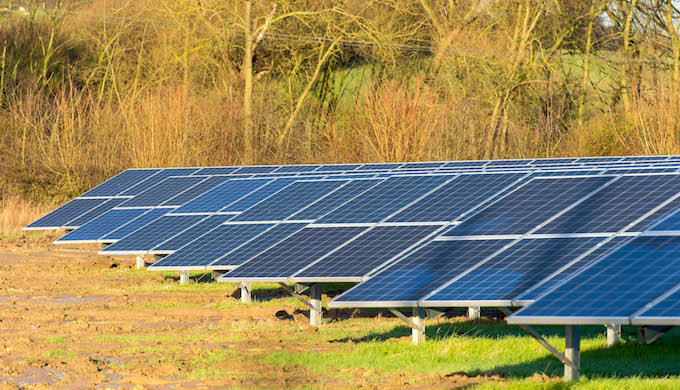 India is adding solar capacity at a rapid clip. (Photo by Gerry Machen)

The Indian solar energy sector is in the middle of unprecedented growth, fed by rapidly declining tariffs, improved technology and a global oversupply of photovoltaic panels and other material, mainly in China. Although a smaller market than the United States, China or Japan, it is expanding the fastest among major nations.

India expects to add as much as 5.4 GW of solar capacity in 2016, making it the fourth largest solar market globally. The country currently has a total capacity of 7.8 GW of solar power. In comparison, installed capacity in the United States is 25 GW.

The bullishness benefits from a global glut in photovoltaic equipment. “Recent market reports suggest that an oversupply situation is building up in PV module manufacturing in China, especially for the second half of 2016 and this is likely to lead to significant price corrections in the market,” Bridge to India says. This has forced Chinese industry, particularly tier II firms, to lower prices and look at overseas markets.

“Several major solar manufacturers have announced plans to expand their production capacities ahead of 2017. In total, we expect 15 GW of new module capacity to come online in 2016, across 10 major producers, with the majority (14 GW) added by Chinese manufacturers,” Morgan Stanley, an investment bank, said in a report on August 2.

At the same time, Chinese demand is expected to slow down sharply in the remaining part of 2016, according to market research firm IHS. The leading information provider noted that module prices for the fourth quarter of 2016 have already declined by as much as 10% since the first half. The fall in prices comes at a perfect time for the Indian solar market as the first three months of 2017 is expected to be the biggest quarter for new capacity addition of around 2 GW, according to Bridge to India.

The circumstance of lowered capital costs, overseas slowdown and proactive policy thrust has not being accompanied by strengthening India’s domestic manufacturing capacity. “In the absence of manufacturing, India will need to import USD 42 billion of solar equipment by 2030 corresponding to 100 GW of installed capacity,” warns a report by KPMG, an advisory firm.

India has emerged as a key growth market for the Chinese suppliers, Bridge to India said in an industry update. “Unless there is a change in Chinese demand sentiment or the European Union removes its trade barriers against Chinese suppliers, we expect prices to stay soft for the next few quarters,” the consultancy said.

Cheaper Chinese imports have left local suppliers uncompetitive. “It is clearly very difficult to promote domestic manufacturing in India without solving the macro issues such as ease of doing business, infrastructure, cost of power, cost of finance and local ecosystem for raw materials,” Bridge to India said in a recent update. 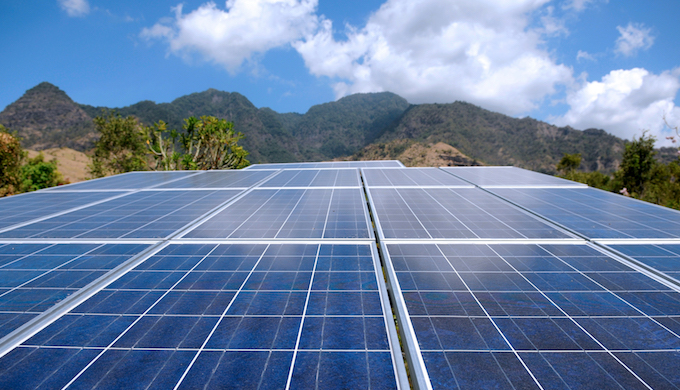 India lags behind in manufacturing capacity. (Photo by Bart Speelman)

Their protest may not hold much water. “It would be hard for the small, outdated Indian module manufacturers to throw stones with any credibility,” Tim Buckley, a director at Institute for Energy Economics and Financial Analysis in Sydney, told indiaclimatedialogue.net. “The quality of their product is widely reported as substandard and uncompetitive.”

However, things may improve. “I think Energy Minister (Piyush) Goyal is on the right path in terms of trying to encourage global module majors like Trina Solar, Canadian Solar, Hanwha Solar and First Solar to consider joint venturing with a local established power company to build a new modern, latest technology facility in India, with appropriate capital concessions and inducements to ease the cost of new builds,” said Buckley. “I recall Tesla received a USD1 billion incentive to build their Gigawatt factory in Nevada, so there is nothing new in incentivising the establishment of new industries and easing first mover barriers.”

The local industry cannot cope with the recent surge in demand so Chinese imports are inevitable, according to Srinivas Krishnaswamy, chief executive officer of Vasudha Foundation, a clean energy think tank.

“On its part, the government does provide some support to Indian firms by stipulating domestic supply requirements, Krishnaswamy told indiaclimatedialogue.net. “Unfortunately, the domestic manufacturing industry lacks capacity and depth. If solar maintains a sustained growth, we expect it will lead to investments in manufacturing as well.”

“Given the likely 10 GW plus annual demand for modules across India going forward, there is scope for a number of new plants to be built to localise the supply chain in line with Prime Minister Narendra Modi’s Make in India campaign,” said Buckley.

Till that happens, it is likely that the extraordinary growth of the Indian solar energy sector will be fuelled by imports, mostly from China. “It is a happy coincidence that there is a combination of large solar project announcements in India and oversupply and depressed prices of Chinese equipment,” Jasmeet Khurana, an associate director at Bridge to India, told indiaclimatedialogue.net. “We should make the most of it.”

By Shally Seth Mohile
Weak consumer appetite, lack of charging infrastructure and a high payback period is holding back adoption of electric cars for personal use in India
END_OF_DOCUMENT_TOKEN_TO_BE_REPLACED

By Soumya Sarkar
In a promising outlook for light mobility, penetration of electric 3-wheelers in India may rise up to 75% by 2030, followed by 2-wheelers at 35%
END_OF_DOCUMENT_TOKEN_TO_BE_REPLACED

By Soumya Sarkar
Renewable power is surging despite the Covid-19 crisis and is on track to become the largest source of electricity by 2025, ending the dominance of coal
END_OF_DOCUMENT_TOKEN_TO_BE_REPLACED

By Anjali Notandas
Concerned about the dangers of climate change and environmental degradation, children in India have taken to activism, demanding their rights to a better future
END_OF_DOCUMENT_TOKEN_TO_BE_REPLACED

By Soumya Sarkar
The rapid warming of the Indian Ocean due to climate change is leading to more cyclones pummelling South Asia, as storms gather more quickly and become more intense
END_OF_DOCUMENT_TOKEN_TO_BE_REPLACED

By Soumya Sarkar
The locust swarms that destroyed farmlands in western and northern India are linked to the warming of the Indian Ocean. Such proliferation is more likely as rainfall patterns change
END_OF_DOCUMENT_TOKEN_TO_BE_REPLACED

By Nambi Appadurai
We have to invest in resilience-building measures, especially in health infrastructure, and weather and disease forecast systems, addressing training and adaptive capacity needs
END_OF_DOCUMENT_TOKEN_TO_BE_REPLACED
Share This