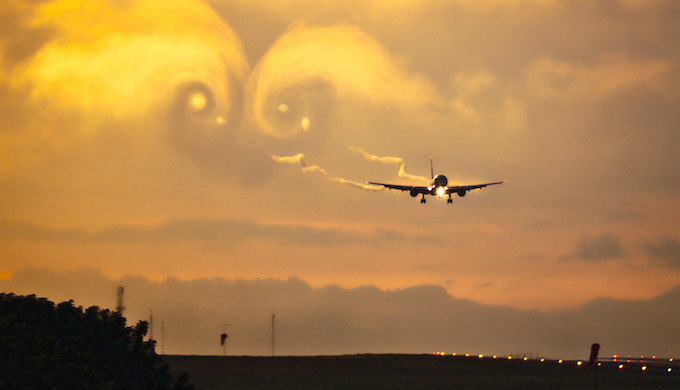 Even as representatives from close to 200 nations meet in Montreal to hammer out a deal to contain aviation emissions, India has expressed its reservations on a global agreement unless some key concerns are addressed.

“(We’ll decide) once the nuts and bolts become clearer,” India’s aviation minister Ashok Gajapathi Raju told Reuters in Montreal. “Until then, our fears are that it is not equitable.” Representatives from almost 200 countries are meeting in Montreal since Tuesday to negotiate an agreement for the first-ever global ceiling on carbon emissions from international flights.

Delegates at the International Civil Aviation Organization (ICAO) conference will for the next two weeks to October 7 work out a deal that makes the entire aviation sector carbon neutral by 2020 and then bring down emissions to 2005 level by 2050.

Around 60 ICAO countries, including the United States and the European Union nations, have indicated their support. Some including India, Russia and China have voiced concerns. The aviation industry internationally is responsible for 2% of global greenhouse emissions. If it were a country, it would have been the seventh largest polluter (similar to Germany), according to Carbon Brief, an information provider. In addition, there is the fact that air travel would most likely to double by 2030.

India has been vocal in its opposition to measures that would increase costs. The proposed global market-based measures (GMBM) by ICAO must be aligned with the relevant provisions of the Paris Agreement, it has demanded with some other emerging countries, including Brazil and South Africa.

These provisions relate to the common but differentiated responsibilities and respective capabilities (CBDR-RC) principle, which ask the rich nations to cut emission on priority because they have been historically bigger polluters. An offset programme, on the other hand, could impose an economic burden on developing countries trying to expand their aviation sectors.

“The interests of poor and developing countries should be taken on board in the development of the global market-based measures,” India’s environment minister Anil Madhav Dave had said when ICAO President Olumuyiwa Benard Aliu visited New Delhi in August, the Times of India reported.

The Montreal meeting is expected to draw in enough countries that will agree to participate in the initial voluntary phase till 2027 that covers more than 80% of the emissions. Several countries with fast-growing aviation sectors, including Brazil and India, are most likely to wait until the deal becomes mandatory in 2027. This is in a scenario when they agree to participate in the agreement in the first place.

If an agreement is reached in Montreal in October, it will be the first global carbon-reduction deal for an entire industry. The broad contours of the pact are also supported by aviation trade groups. Industry leaders are pushing nations to join the agreement, which would require the companies to offset their emissions growth by funding environmental initiatives. The measures may eventually cost the aviation players around USD 24 billion every year, according to a Bloomberg report.

The 15-year agreement will not force airlines to cut pollution. Instead, companies will compensate for emissions growth from 2020 by buying credits that back renewable energy development, forest preservation and other similar measures. According to estimates by airlines, the annual industry-wide cost may be USD 23.9 billion by 2035, or 1.8 per cent of projected revenue, Bloomberg said.

Although environmentalists have largely supported the proposed deal, they criticise the fact that it is voluntary for the first six years. Many of them also say that the proposed low cost of environmental offsets could let companies off easy.

By India Climate Dialogue
Six experts outline what Britain needs to do as it hosts the UN climate summit in 2020, a crucial year
END_OF_DOCUMENT_TOKEN_TO_BE_REPLACED

By Joydeep Gupta
It’ll take a global system change if this wish of former UK energy minister Claire O’Neill, who will head the next United Nations climate summit in Glasgow, were to come true
END_OF_DOCUMENT_TOKEN_TO_BE_REPLACED

By Joydeep Gupta
The annual summit failed to make headway as there was a breakdown in discussions over finance, carbon markets or how to deal with loss and damage caused by climate change
END_OF_DOCUMENT_TOKEN_TO_BE_REPLACED

By Soumya Sarkar, Joydeep Gupta
Lives of more than 1.4 billion people living in mountains, coasts and islands are in jeopardy due to an accelerated rise in sea levels and faster melting of the planet’s ice cover
END_OF_DOCUMENT_TOKEN_TO_BE_REPLACED

By Joydeep Gupta
The annual summit failed to make headway as there was a breakdown in discussions over finance, carbon markets or how to deal with loss and damage caused by climate change
END_OF_DOCUMENT_TOKEN_TO_BE_REPLACED

By Joydeep Gupta
Even six years after the Warsaw International Mechanism for Loss and Damage was established, there is little hope for getting funding for climate disasters
END_OF_DOCUMENT_TOKEN_TO_BE_REPLACED

By Joydeep Gupta, Soumya Sarkar
The Paris climate pact will come into effect on January 1, but probably without an agreement on starting a new market to trade greenhouse gas emissions
END_OF_DOCUMENT_TOKEN_TO_BE_REPLACED
Share This