Doctors and health experts blame warmer weather and erratic rainfall for a rising number of cases in Assam and Manipur, with similar evidence emerging across Asia 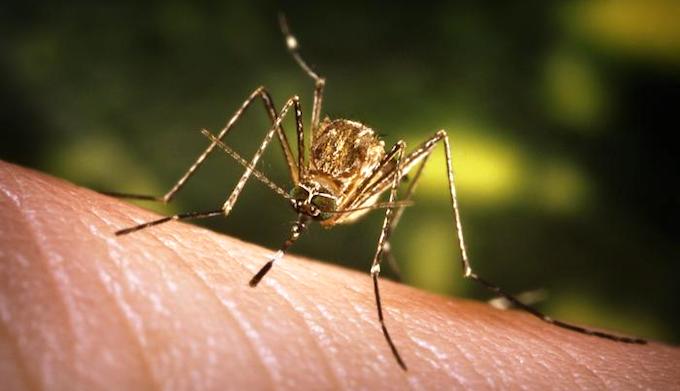 The Culex tarsalis mosquito is the vector for Japanese encephalitis. (Photo by US Centers for Disease Control and Prevention)

In July this year, the death of a four-year-old girl in Manipur due to Japanese Encephalitis unleashed panic in the state. This was the first death from the deadly viral brain infection, transmitted by the Culex mosquito, since 2010. Manipur has seen a surge in the virus this year, recording 45 cases this season, leading to two deaths, Sasheekumar Mangang, head of epidemiology in the Manipur health department, told indiaclimatedialogue.net.

Japanese Encephalitis is characterised by the inflammation of the brain and high fever. There is no medical treatment for the disease, and as with other viruses, patients are treated for the symptoms they develop. Fatality rates for severe infections hover between 20% and 30%, according to the World Health Organization (WHO).

Assam, an Indian state that neighbours Manipur, has also had a deluge of Japanese Encephalitis cases—304 cases so far this year with 1,256 cases of Acute Encephalitis Syndrome (which doctors say is linked to the virus)—leading to over 200 deaths, according to data from the health department.

As the central government declared Japanese Encephalitis (JE) a notifiable disease last month— which means all cases have to be reported to local authorities in order to halt further spread of the virus—experts blame climate change as one of the main reasons for the surge.

Patowary, a senior official in the Assam health department, said, “Climate change is one of the reasons for vector-borne diseases like JE becoming a threat for longer periods in the year. Erratic rainfall and warmer months extending up to October-November is resulting in mosquitoes like the Culex finding an ideal environment to breed.” The disease, which was earlier reported in the months of May-July, is now claiming a large number of victims until much later in the year.”

The virus has also spread from a few “endemic” places in upper Assam, to all 27 districts in recent years.

Nearby western Myanmar is also facing a Japanese Encephalitis outbreak. So far 45 cases have been reported among children in Rakhine state, resulting in six deaths. Cases have been reported in four of its townships—Sittwe, Ponnagyun, Pawktau, Kyauktaw. Authorities have launched a vaccination drive only in Sittwe because a lack of resources. Sittwe, as the most densely populated city, is considered a priority area—with 80,000 children being inoculated against the deadly virus. A public health official said that five of the seven children who had contracted JE in Sittwe has been discharged from the hospital but had not regained their ability to speak.

The aftermath of floods provides the perfect breeding ground for mosquitos. (Photo by Oxfam International)

The paper co-authored by Li Bai, Lindsay Carol Morton and Liu Qiyong, says, “Global warming might change temperature and rainfall patterns which may affect the development and infection capacity of both the mosquito and the virus (that causes JE). Relative humidity is also important in the transmission of JE because mosquitoes can survive longer and disperse further in areas with suitable humidity…” The paper notes that JE has spread to new parts of China, including high altitude areas of Tibet.

Another research paper on climate change and JE in Taiwan says, “From a socio-ecological viewpoint, an outbreak of JE may be facilitated by two factors, i.e. global climate change and modulation of agriculture (such as adoption of paddy agriculture, use of pesticides, and creation of modern pig farms).” Pigs are one of the main carriers of the disease.

Shifts in cropping or agriculture patterns—again because of climate change—is further aiding the spread of JE. Both Assam and Manipur, like the other Indian north-eastern states, mostly cultivate rice. With changing climate patterns, paddy farmers here have realised that they can grow their crop until much later in the year.

Talukdar, a senior official in the Assam health department said, “The Culex mosquito breeds in the water in the agricultural land. Since warmer months for longer periods of the year have enabled farmers to grow more crops of rice each year, it gives more time and space for mosquitoes to breed.”

Lalit Kant, senior advisor on infectious diseases at the Public Health Foundation of India (PHFI) adds, “Studies from Assam show that the practices of paddy cultivation, domiciliary surroundings with adjacent water bodies, and high temperature and humidity were influencing the abundance of the potential mosquito vectors responsible for transmission of the virus in the rural community.”

Floods have made the situation worse. This year, Assam faced what experts said was the worst floods in twenty years. It came in three waves and affected 4.1 million people, destroying crops and property. After the rains and the immediate destruction end, the threat of disease grows — both water-borne and vector-borne. Standing water, yet again, makes for a perfect breeding ground for mosquitoes, and cases of malaria and JE surge.

“A similar situation exists in Nepal, and studies have been undertaken to assess the link between the increase in JE cases and climate change,” Kant said. He also mentions the correlation between pig farms and JE, since pigs (and birds) are the main host for the virus.

An increase in pig rearing in Assam—a lucrative option for farmers—could therefore be another contributing factor. “Pig rearing in close quarters to domestic households, because of lack of space, is another reason for the rise in JE in Manipur,” said Mangang.

To tackle the growing problem, states facing outbreaks are encouraging people to get vaccinated. Although children are said to be more vulnerable, with children aged 1-5 being vaccinated, JE seems to be striking adults with equal ferocity. In Manipur, according to the state health department, 75% of the JE cases were found in adults above the age of 20. “There are ample reasons to suspect that there are new strains of JE,” Mangang said.

This puts the focus on awareness campaigns on adult vaccinations. In Assam, a study said that adults were more vulnerable to JE—possibly because of exposure in paddy fields.

According to Pradeep Haldar, deputy commissioner of immunisation at the Ministry of Health and Family Welfare, adult vaccination campaigns have been launched in 21 “high-burden” districts in Assam, West Bengal, and Uttar Pradesh, identified by the National Vector Borne Disease Control Programme.

“Climate change is a reality. So the only way to protect against vector-borne diseases is vaccination and more awareness about how to prevent mosquitoes from breeding,” Patowary said.