Renewables sprint ahead of Paris pledge

In ten years, a majority of India’s electricity will be produced from cleaner and renewable sources, putting the country ahead of promises made at the Paris Climate Summit 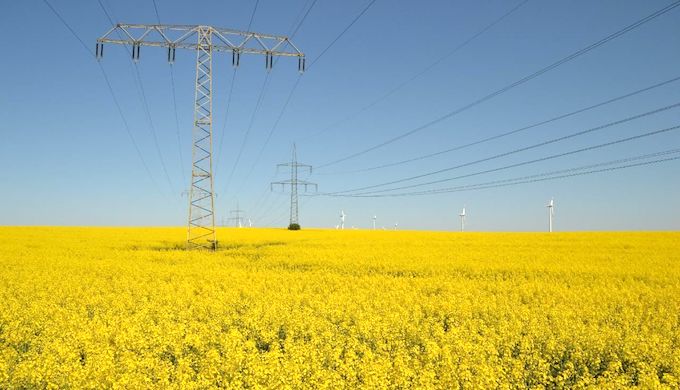 India will generate as much as 56.5% of its electricity from non-fossil fuel sources by 2027, the government has estimated in a draft energy plan. Besides the coal-fired plants that are already being built, the country does not need to build new ones, it said.

This puts India far ahead of its Paris commitment of meeting 40% of its energy needs from non-fossil fuel electricity sources by 2030. Besides growing its green energy sector, it has also launched the International Solar Alliance at the Paris Climate Summit, which is on its way to become an intergovernmental treaty-based organisation. See: International Solar Alliance opens for signing

It is expected that the share of non-fossil based installed capacity will increase to 46.8% by the end of 2021-22 and further grow to 56.5% by the end of 2026-27, the Central Electricity Authority said in its Draft National Electricity Plan released in December. This estimate assumes capacity addition of 50 GW of coal-based capacity already under construction and no new coal-based addition during 2022-27, according to India’s apex power planning body.

India’s green energy space has been growing rapidly in the past few years. In two and a half years, the country has added 14.30 GW of grid-connected renewable energy, which includes 5.8 GW from solar power, 7.04 GW from wind, 0.53 from small hydro and 0.93 from biomass, the Ministry of New and Renewable Energy said in a statement in December.

Among renewables, the solar energy sector is in the middle of unprecedented growth, fed by declining tariffs, improved technology and a global oversupply of photovoltaic panels and other material, mainly in China. As on October 31, 2016, solar energy projects with an aggregate capacity of over 8.7 GW has been installed in the country, the ministry said. See: India’s solar dream rests on Chinese exports

The world’s biggest solar power plant was inaugurated a few weeks ago in Tamil Nadu. It has a capacity of 648 MW and covers an area of 10 sq. km. The plant built by the Adani Group boasts of 2.5 million solar panels, capable of lighting up 150,000 homes. The Tata conglomerate announced in October that it would aim to generate as much as 40% of its energy from renewable sources by 2025.

This pace of expansion is boosted by a significant fall in solar tariffs. “As solar tariffs fell below INR 5 (USD 0.07) per kWh, solar power gained parity with other sources of greenfield power,” Bridge to India said. “We expect the INR 4 tariff level to be breached in early 2017, which will be a radical moment for the entire power sector in India.”

“Wind power is up next after successful reduction in solar tariff through transparent auction of sites,” Energy Minister Piyush Goyal told the Press Trust of India news agency. This optimism follows a fast growth in wind power installations as well. In the six months to October, India has added 1.5 GW to a total capacity of around 28 GW from wind power, making it the fourth largest nation in installed capacity in the world.

The renewables sector is also not lacking for investment. The interest is particularly high among domestic firms. The top ten developers by solar pipeline capacity are local corporations, according to Bridge to India.

The activity around renewables is expected to significantly reduce the carbon footprint of India and slow down climate change. “It is estimated that about 268 million tonnes of CO2 emission will be avoided annually by the end of the year 2021-22 from renewable energy sources,” the Central Electricity Authority said in its draft energy plan.

By Soumya Sarkar
The chance of sudden, catastrophic river flooding in the western Himalayas has doubled as climate change leads to an increase in extreme rainfall events
END_OF_DOCUMENT_TOKEN_TO_BE_REPLACED

By Anjali Notandas
Concerned about the dangers of climate change and environmental degradation, children in India have taken to activism, demanding their rights to a better future
END_OF_DOCUMENT_TOKEN_TO_BE_REPLACED

By Shikha Bhasin
Proper servicing is key to efficient running of environment-friendly cooling systems, demand for which is expected to surge as temperatures rise across India
END_OF_DOCUMENT_TOKEN_TO_BE_REPLACED

By Kamal Prakash Seth
As the biggest consumer of palm oil, India can take a lead in demanding ethical palm oil production that can stop deforestation in southeast Asia and reduce air pollution
END_OF_DOCUMENT_TOKEN_TO_BE_REPLACED

By Sapna Gopal
The growth in the wind sector has been slowing for the past few years in India; this has now been compounded by disruptions due to the Covid-19 pandemic
END_OF_DOCUMENT_TOKEN_TO_BE_REPLACED

By Joydeep Gupta
Protecting just 30% of earth's land and sea could result in financial benefits of nearly USD 235 billion every year by 2050, even without accounting for ecosystem services
END_OF_DOCUMENT_TOKEN_TO_BE_REPLACED