Some wind projects in India are facing challenges of power grid connectivity. (Photo by Markus Distelrath)

In February this year, the Solar Energy Corporation of India (SECI) held the first-ever reverse auction for wind projects for 1,000 MW. Initially, bids worth 2,600 MW were received, and following a two-stage vetting process, final bids were awarded for 1,050 MW. The winners, Mytrah Energy, Green Infra Wind Energy, Inox Wind Infrastructure Services and Ostro Kutch Wind, were awarded 250 MW each, while Adani Green Energy was awarded 50 MW, at a discovered tariff of 3.46 per kWh.

However, developers who were granted connectivity in existing sub-stations earlier did not go on to win any capacity in the recent auctions, while those who were allotted capacity in these auctions are pushing the Ministry of New and Renewable Energy (MNRE) to seek connectivity approval for future electricity sub-stations, according to media reports.

“The government’s plans to accelerate capacity addition through a transparent competitive bidding process by SECI for 1 GW has run into procedural problems,” D.V. Giri, Secretary General, Indian Wind Turbine Manufacturers Association (IWTMA), told indiaclimatedialogue.net. “Grid connectivity is of utmost importance and successful bidders of the first bid do not have the connectivity to execute the project.”

The matter is now being heard at the Central Electricity Regulatory Commission (CERC) on a petition filed by Power Grid Corporation of India Limited (PGCIL). “The issue centres around connectivity awarded to developers earlier and these developers are not the successful bidders of the SECI bid. Giving up the grid connectivity accorded by PGCIL by a developer is a personal choice, but it also has problems of transferability,” Giri explained.

Many states are opting for competitive bidding instead of Feed-in-Tariff (FIT), but they require guidelines from the central government for conducting the bids. In the absence of guidelines and reluctance of states to go for FIT, capacity addition is becoming a huge challenge, Giri said.

“With regards to inter-state connectivity, what has happened in this instance is that those who own this grid, they want to set up a plant in those regions where the wind speed is very high, so that they can generate electricity at competitive rates,” an MNRE official told indiaclimatedialogue.net. “Most of the plants will come up in states where the wind is high, so they will transmit this electricity to other states, such as Bihar, Uttar Pradesh and so on.” Connectivity, the official said, is one of the major regulatory issues that need to be resolved. “Till that happens, this problem is going to persist. However, they (CERC) are working on a solution for this.”

This development is not a cause for major concern since the location is already known, according to an industry insider. “We know which locations give the highest Plant Load Factor (PLF). Most of them are in Tamil Nadu, Coastal Andhra Pradesh or Gujarat and are well connected with the grid,” he said. “The only challenge would be land acquisition.” 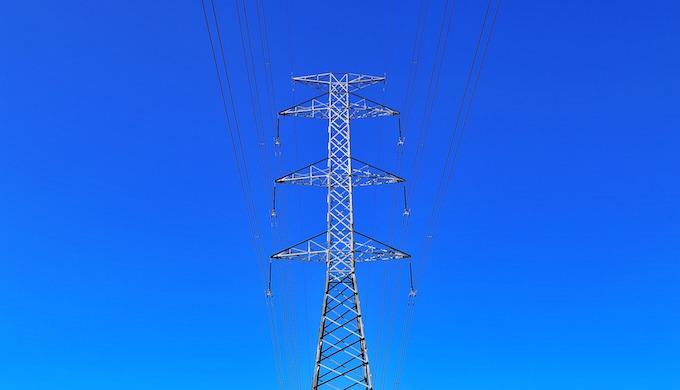 Power evacuation is not a problem for large wind farms. (Photo by Pixabay)

Developers who want to set up plants try bidding for sub-stations and take charge of connectivity, such as groups with a portfolio of over 1,000 MW. Since they are in this line of activity, they always plan ahead and as and when they acquire land, they also seek connectivity, the expert said.

As per CERC regulations, for connectivity, firms have to apply for inter-state transmission of electricity and many people have applied for different spots as to how much they want to go for inter-state connectivity. “A large number of people have already applied for the purpose and connectivity is provided on a first-come-first serve basis. What happened in this tender is that those who own this inter-state connectivity tender, they are not in the queue and even if they are, they are at the fag end of the queue, so now this has created a peculiar situation on how to accommodate them,” the MNRE official told indiaclimatedialogue.net. “Therefore, the MNRE pleaded on whether there is any way to get connectivity for them with the aim of just spreading the queue. So, it went to CERC and it (CERC) had a hearing on August 16. However, as of now, we do not know what CERC’s decision is. There are people who have already made submissions against this, those who are in the queue, ahead of those who own the contract, they have said that you cannot bypass us.”

Some experts say that in the case of grid-based projects, connectivity has to be given priority, and in any case, it is an inter-state transmission project. The problem happens mostly with the state project where supply is done to the local electricity distributor (Discom). There is a possibility of the activity not being completed because of some last mile connectivity issues, with a delay in commissioning the project, or the Discoms may not recognize the commissioning date.

So all these issues are faced by local projects and most are based in Tamil Nadu, Andhra Pradesh and Telangana. However, for large-scale grid-based projects, there are no critical issues, which would otherwise hamper their funding. If it is an existing or operational sub-station, there are no issues, but if it is non-operational and the entire infrastructure has to come up, then that requires some kind of capital expenditure from the power grid. For that, they require an upfront commitment from the developer.

People involved with financing two projects involved in the auction, one for the developers in Mytrah Energy in Hyderabad and the other for Ostro Kutch Wind in Delhi, said that the developers had taken the grid connectivity way back, based on location and approximate installation capacity.

The projects will be located in Tamil Nadu and Gujarat and both these developers already have a portfolio of assets. Based on the land that they are acquiring, they take connectivity for the nearest sub-station. Establishing a project of such magnitude requires hundreds of acres of land and that also has to fit into the resource assessment. There has to be some kind of wind assertability to justify the high PLFs for over 30% to meet the low bid tariff.

No problems for large projects

In the case of these large-scale projects, they had entered into connectivity contracts with PGCIL, which is authorized to enter into long-term grid access agreements. These access agreements were signed a couple of years ago, whereas the projects will be commissioned next year, sometime in September or October 2018, they said.

Due to these factors, it appears that the second bid of SECI has been put on hold, where the bids have been received and reverse auction bid has not taken place. However, the MNRE official said that the second wind auction will happen since by then the CERC will come up with a revised regulation. Explaining that this is a positive development, the official said, “It will help since those who want to set up wind plants will come and those who only have a land bank will go,” he told indiaclimatedialogue.net.

Another industry source reasons, “As of now, there are no changes in the bid and what is happening in the field. Also, there aren’t such issues, because even in case where connectivity is not available readily, one year is a good enough time to find a solution. In the worst-case scenario, the optimum power would be around 60 Mw to 70 MW. It is not really a concern since the infrastructure is good enough to take care of the output.”

Giri admits that procedural issues are creating hurdles and the future, at least for 2017-18, looks pretty daunting and challenging. “Once these procedural issues are sorted out, one can expect this mature industry to become normal,” he told indiaclimatedialogue.net. “The industry is sure that with the proactive policies of the government, renewable energy sources will play a vital role and more so wind.”

By Moonis Ijlal, Shreeshan V.
New rules announced by the power ministry on selling surplus electricity from rooftop solar installations could hold back expansion of the sector that has seen slow growth
END_OF_DOCUMENT_TOKEN_TO_BE_REPLACED

By Joydeep Gupta
Climate change made the Uttarakhand flash flood in the Indian Himalayas possible, and poor development policies on building dams and roads made it disastrous
END_OF_DOCUMENT_TOKEN_TO_BE_REPLACED

By Soumya Sarkar
The United Nations has warned that immediate action is needed to face the triple environmental emergency of climate change, biodiversity loss and pollution
END_OF_DOCUMENT_TOKEN_TO_BE_REPLACED

By Jai Kumar Gaurav, Akshar Bhatt, Kundan Burnwal
A long-term low-carbon economic strategy can help a country to reduce policy uncertainty, which would help investment decisions by both the public and private sectors
END_OF_DOCUMENT_TOKEN_TO_BE_REPLACED

By Navroz K Dubash
While an Indian net-zero announcement may add to the international momentum, it also risks being a hollow pandering to global pressures at best
END_OF_DOCUMENT_TOKEN_TO_BE_REPLACED

By Omair Ahmad
Norwegian ambassador Hans Jacob Frydenlund speaks in an interview about deepening science cooperation, the impact of the pandemic and India’s Arctic policy
END_OF_DOCUMENT_TOKEN_TO_BE_REPLACED

By Joydeep Gupta, Soumya Sarkar
Finance minister Nirmala Sitharaman has cut federal allocations to tackle urban air pollution by half, even as India’s cities remain among the most polluted globally
END_OF_DOCUMENT_TOKEN_TO_BE_REPLACED

By Nambi Appadurai
We have to invest in resilience-building measures, especially in health infrastructure, and weather and disease forecast systems, addressing training and adaptive capacity needs
END_OF_DOCUMENT_TOKEN_TO_BE_REPLACED
Share This