In spite of pressing concerns that must be addressed, most industry experts are certain that things will soon stabilise in favour of solar photovoltaic projects 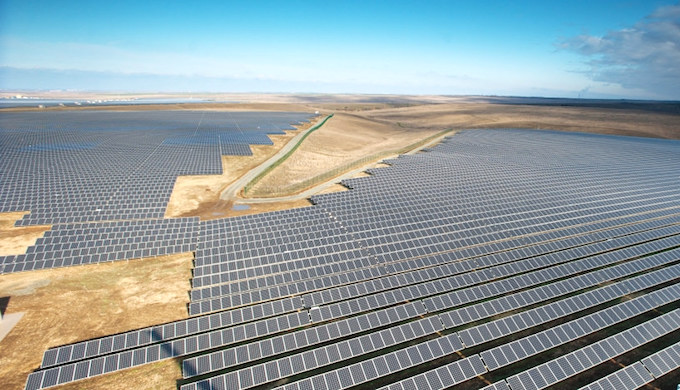 In one of its recent reports, the International Energy Agency (IEA) revealed how new solar photovoltaic (PV) capacity grew by 50% last year, with China accounting for almost half of the global expansion. For the first time, solar PV additions rose faster than any other fuel, surpassing the net growth in coal.

“We expect that solar PV capacity growth will be higher than any other renewable technology through 2022,” said Fatih Birol, executive director, IEA.

Interestingly, this year’s renewable forecast is 12% higher than last year, mostly due to solar PV upward revisions in China and India. “Three countries — China, India and the United States — will account for two-thirds of global renewable expansion by 2022. The total solar PV capacity by then would exceed the combined total power capacities of India and Japan today,” the study said.

China and India are two of the fastest growing markets in terms of new capacity added in 2017, Mudit Jain, senior manager at cleantech consultancy Bridge to India, told indiaclimatedialogue.net. The consultancy estimates 1.1 GW for rooftop and around 9.4 GW for utility scale projects.

Despite the numbers, which predict a favourable scenario, industry insiders feel there are some concerns the industry is facing currently.

An official source in the renewable energy industry told indiaclimatedialogue.net that the falling solar tariff, despite movement from feed-in to bidding regime in India, is mainly due to falling module prices, most of which are imported from China because they are cheaper. With a record low tariff of INR 2.44 (USD 0.038) per kwh being quoted in some recent auctions, it was assumed that the decline in module prices would continue and would reach levels of around 22 to 24 cents per watt.

However, the prices have gone up to 32 to 34 cents, owing to high demand in China from domestic users and a temporary spike in consumption by the US. In turn, this has led to a short-term supply gap for the Indian market and led to prices being impacted as well.

Modules account for nearly 60% of a solar power project’s total cost and they declined by about 26% in 2016. However, this year, module prices firmed up by almost 12% to 15% quarter on quarter with China extending the feed-in tariff regime, which ensures a fixed price for power producers, for the third quarter and US developers placing advance orders to shore up cell and module supplies amid demands for a cap in the prices of cheap imports to the US.

The prices have gone up a bit in the third quarter because in China the original plan was to do away with feed-in tariffs and move towards competitive bidding which is the norm in India. Instead, China has extended feed-in tariff for the third quarter, leading to a tipping up of tariffs. This, however, appears to be a one or two quarter phenomenon, the source explained.

Indian developers, who are faced with the pressure of having to commission projects by March 2018, are yet to procure modules and they are facing the brunt of this temporary demand-supply mismatch and the resultant price hike. There have been instances wherein Chinese manufacturers have asked for a premium for immediate supply, over and above the contracted rates, sources added.

“The year 2017 has been tremendous for the Indian solar market as it is expected to add more than 10 GW. However, the market is expected to face tough times in 2018 owing to slow growth in the demand for electricity, the looming threat of anti-dumping duties and uncertainty on GST of key components,” Jain admitted.

Need of the hour

Suggesting measures to spur the sector ahead, R. Madhusudhan Rao, Managing Director of Oorja Energy Engineering Services, said that in order to ensure increased investment in solar PV, there is a need for greater grid stability which allows increased input from renewable sources. States like Tamil Nadu are already struggling to balance the power generated by renewable power versus power from base load stations. Renewable power generators end up bearing the loss. “I wouldn’t be surprised if the distribution companies start charging a grid upkeep fee from solar PV based power generators,” he told indiaclimatedialogue.net.

Distribution companies are not investing in storage solutions that could help developers store excess energy when the off take of power is low or zero. Innovations in battery technology or Concentrated Solar Power will play a key role here. This may also address the grid stability with the premium being paid to “dispatchable” power, Rao said.

Concurring, Ritesh Pothan, a consultant in the renewable energy sector, believes that even though solar is being adapted in the mainstream, the major issue is of concentrated solar power being delivered to the grid. “The problem with concentrated solar power is that it is delivered barely for half an hour. This is something that creates an issue more than anything, with the grid. The challenge is how to manage just one or two hours of power when the requirement is much more, when there is no storage.”

“Solar is definitely the future. However, it has to progress and it needs to progress in terms of technology, to make sure that it is able to deliver baseline power. In order to do so, it needs to generate peak power during the day and it has to include storage solutions as well. Without storage, it is not going to work for 24 hours and without an improvement in technology, it is not going to optimise the usage and efficiency of the sun and solar panels. There is a huge discrepancy in the quality of plants being set, those need to be rectified and there has to be far more maturity in the engineering capabilities of the industry,” Pothan told indiaclimatedialogue.net.

State-owned distribution companies, Rao explains, rely on industrial and commercial tariffs to subsidise rural and residential customers. With an increase in the number of industrial and commercial customers making investments in solar PV installations, there will be an impact on the health of the distribution companies leading to a rising trend of solar PV developers making private power supply deals instead of going through the power purchase agreement (PPA) route. Agreeing, Jain adds, “Talks around unjust Power Purchase Agreement (PPA) cancellation and renegotiation dampens investor’s sentiments.”

“These aspects need to be looked at by the policy formulators since there is a fundamental change in the structure of the power market owing to market forces and initiatives have to match the pace,” Rao told indiaclimatedialogue.net.

Despite the pending constraints and challenges, there is hope that this is just a temporary phase and things will soon look up for solar PV in India. Rao feels that though there are short term hiccups right now for the solar PV market due to customs duty reclassification and an uptrend in the prices possibly due to a spurt in demand from US developers (due to anticipated import restrictions by the Trump administration), eventually, the market will recover well from these.

“In the short term, some developers may have to go back to the drawing board to review project viability. However, in the long run, there is a further scope of price reduction through use of alternative materials instead of crystalline silicon in order to achieve better efficiencies and stability,” he told indiaclimatedialogue.net.

Pothan adds that anti-dumping duties are going to make a huge difference to the Indian industry and jobs will not be going to other nations. “We would be able to generate more power, employment, technology, research and development, where we would be independent of other nations when it comes in.”

Jain explains that the agencies responsible for maintaining overall grid stability – Central Electricity Authority and Central Electricity Regulatory Commission – are aware of the grid issues due to increased penetration of infirm renewable sources such as wind and solar. “The policy and regulation are currently being made to integrate the targeted renewable capacity and I expect this issue to be resolved in time.”