Best of 2017: Climate insurance not enough for loss and damage

Insurance initiatives for those vulnerable to climate change impacts is a move in the right direction, but more needs to be done to account for the loss and damage suffered by communities that have done little to add to global warming 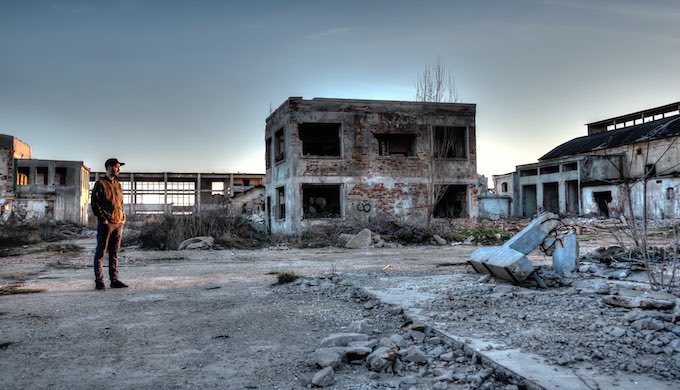 Two major global insurance initiatives were launched at the Bonn climate summit that aim to provide insurance to hundreds of millions of vulnerable people by 2020 and increase the resilience of developing countries against the impacts of climate change.

The initiatives come on the heels of extreme weather events in 2017 that is estimated to have cost USD 200 billion worth of damages worldwide, as hurricanes, droughts and rising sea levels have devastated communities with increased frequency and intensity.

The InsuResilience global partnership announced this week is a major scaling-up of an initiative started by the G7 group of nations in 2015 at the Paris climate meeting. It aims at meeting the pledge of providing cover and support to 400 million vulnerable people by 2020. The partnership now brings together G20 countries and the so-called V20 nations, a group of 49 of the most vulnerable countries that include small islands like Fiji, which is chairing the 23rd Conference of Parties in Bonn that concludes on November 17.

“The global partnership is a practical response to the needs of those who suffer loss because of climate change,” Fijian Prime Minister Frank Bainimarama said in a statement. Fiji chairing the 2017 climate talks in Bonn has put a spotlight on climate impacts, and climate insurance has been one of the major themes discussed at the summit.

“This new and higher-ambition initiative represents one shining example of what can be delivered when progressive governments, civil society and the private sector join hands with creativity and determination to provide solutions,” said Patricia Espinosa, Executive Secretary of the United Nations Framework Convention for Climate Change (UNFCCC).

Germany announced support for the new global partnership of USD 125 million at the launch, which follows the GBP 30 million (USD 39.5 million) commitment made by UK government in July 2017 to the partnership via its Centre for Global Disaster Protection.

The UNFCC Executive Committee of the Warsaw International Mechanism for Loss and Damage also launched a clearinghouse for risk transfer this week, which is a repository of information on insurance and related subjects.

Climate insurance is considered one of the key strategies to better prepare countries for climate change. At the Bonn meeting, a growing number of member states plannned to include insurance strategies in their efforts to achieve the goals of the Paris Agreement.

However, the international NGO ActionAid said insurance not a safety net for all. “Insurance might turn out to be a piece of the puzzle, but we can’t pretend that it’s a safety net for everyone,” said Harjeet Singh, global lead on climate change for ActionAid International. “Insurance does sometimes help people who are impacted by floods or cyclones. But it won’t be an option for those facing certain losses. Private companies are unlikely to sell insurance to those facing rising sea levels.” Singh was also critical of the clearinghouse. “All this fanfare about the clearinghouse is actually just about a matchmaking website that can help private companies meet more clients,” he said.

It is also unclear who will bear the costs of insurnce premium for the various global initiaitves. “Will poor people in vulnerable countries, who have done nothing to cause the climate crisis and who bear the brunt of its impact, need to pay for climate insurance?” asked Singh. “On one hand, developed countries aren’t allowing UN climate talks to make any progress on the issue of climate finance. But, at the same time, they’re putting effort and money into initiatives that will mainly help private companies to profit from selling insurance to the poor.”

There is an urgent need for creating financial products with social utility, Singh told indiaclimatedialogue.net. There are three major things to be considered while designing insurance products — affordability, feasibility, and fast claim settlement for people who are financially illiterate,” he said.

By Anuj Xess
India’s decentralised renewable energy sector has become an enabler of economic growth, especially in rural areas, with a focus on livelihoods and income generation
END_OF_DOCUMENT_TOKEN_TO_BE_REPLACED

By Soumya Sarkar
In a promising outlook for light mobility, penetration of electric 3-wheelers in India may rise up to 75% by 2030, followed by 2-wheelers at 35%
END_OF_DOCUMENT_TOKEN_TO_BE_REPLACED

By Joydeep Gupta
US president-elect Joe Biden has strong popular backing to deliver action on climate change, which could provide impetus for countries worldwide to follow suit
END_OF_DOCUMENT_TOKEN_TO_BE_REPLACED

By Soumya Sarkar
Renewable power is surging despite the Covid-19 crisis and is on track to become the largest source of electricity by 2025, ending the dominance of coal
END_OF_DOCUMENT_TOKEN_TO_BE_REPLACED

By Soumya Sarkar
Solar power, which has now become the cheapest source of electricity, is expected to drive the global energy transition away from fossil fuels
END_OF_DOCUMENT_TOKEN_TO_BE_REPLACED
Share This