Unless there are innovative policy interventions such as the one provided recently by the Madhya Pradesh government, it will be difficult for India to popularise rooftop solar installations 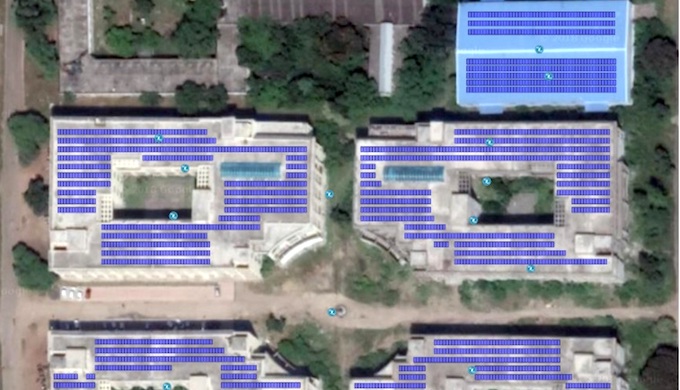 Though India is a sunshine-rich country and has made its mark globally for its pro-solar policies and ambitious renewable energy targets, rooftop solar has failed to sparkle as envisioned. Various reports have highlighted that India has achieved less than 10% of its target of installing rooftop solar.

The target is to achieve 40 GW of solar power from rooftop installations by 2022 out of the total solar target of 100 GW. However, data shows that by March 2018, a little over 2 GW of rooftop solar was put in place. With just over 6.35% targets been met, it looks difficult for the country to achieve its rooftop solar goal in the next four years.

“While the technical potential for rooftop solar in India is much higher than the 40 GW target itself, the economics do not play very well in its favour. The conventional rooftop solar business models, the capex and RESCO models, do not address the intrinsic market challenges that the different stakeholders in the rooftop solar market face,” Selna Saji, Research Analyst at New Delhi-based think tank Council on Energy, Environment and Water (CEEW), told indiaclimatedialogue.net. “Unless there is a concerted effort from all the stakeholders, including the regulators and the DISCOMs, to develop mechanisms that could tackle these challenges, it would be difficult to achieve the targets.”

Given the slow pace, the government had lowered the rooftop solar target for the last financial year from 5 GW to 1 GW of installed capacity.

Even within the rooftop segment, it is commercial and institutional rooftops that have been way more forthcoming than residential buildings. There is little deployment of solar in the residential sector due to significant upfront cost, lack of space, old structures of the buildings, question of ownership of roofs and lack of awareness and cash-strapped power utilities. Developers also don’t feel secure about financial risks when it comes to residential installations.

“I am not surprised that we have achieved very little of the target,” said Arjun SriHari from OV Energy, a solar developer company that emphasises boosting residential solar installations. “There is no incentive for the smaller rooftops to take off and the government’s push is towards financing large-scale solar parks.”

Experts point out that even though RESCO model — where roof owners can lease out space to developers and purchase power from them instead of direct upfront capital — addresses the need for upfront investment, it is mainly available to commercial and industrial consumers with higher credit rating. Also, smaller size range and vastly distributed sites lead to higher risk and transaction cost at all stages of project development for the developers.

However, a transition is happening in the heart of India in order to boost rooftop solar capacity. The state of Madhya Pradesh (MP) in central India is tackling the problem of lack of proper rooftop spaces through third-party aggregated tenders. Experts say that MP can provide the necessary nudges to accelerate the pace of deployment of rooftop solar.

Officials from the state’s New and Renewable Energy Department explained the thought behind it. “We were dissatisfied with how RESCO has happened so far. People got tenders but that did not get translated into work orders. So in this case all risks and uncertainties were taken care of to facilitate undertaking of solar projects at ground level by the developers,” Manu Srivastava, Principal Secretary and Commissioner, New and Renewable Energy Department, Government of Madhya Pradesh, told indiaclimatedialogue.net.

Recently, MP embarked on a unique bid for 35 MW rooftop solar projects, a first for the country where the state government identified more than 600 project sites and generated data on each one of them and provided them to the solar developers who were interested in bidding. Usually, companies are left to negotiate on their own, and figure out availability of space post tenders, which bring significant risks for them.

In this case, MP did a preliminary stocktaking of the sites and created an innovative data room in partnership with the World Bank and made it available as a link to a document shared on Google drive on the RESCO tender document for each of the project site as the officials understood that it would be challenging for the bidders to visit these buildings spread all over the state.

Each data set for each site had coordinates of the site, layout of solar photovoltaic (PV) array superimposed on a Google image, estimated solar PV capacity based on available roof area to the detail of considering shadow and gap between rows of solar PV and even giving building code requirement for wind loading to install the solar gadget. It even gave estimated annual energy generation based on local climatic data and monthly electricity bill.

“This is a good move as they have provided good security mechanism. In this, we even get an advanced guarantee of four months of payment in agreement with private players that reduces the financial risks. It is a fairly good example of how tenders should be and in this case the government is doing the preliminary surveys and fishing clients for us,” Pradyumna Dwivedi, who handles Growth and Strategy for NavitasSolar, a Surat-based solar company that mainly does rooftop installations and who also participated in the bid, told indiaclimatedialogue.net.

On the country’s poor performance as per the targets, Dwivedi said that it was unfair to compare the progress with the targets. “We need to look what we have achieved. Setting targets is bad,” he said. “We need to see that we set high targets and hence what we achieved is big in itself to rejoice.”

“Recent rooftop solar tender in MP taps into underserved rooftop segments by addressing some of the key challenges faced by developers due to the small and distributed nature of rooftop solar systems,” said Saji. “Features like the data room will bring great transparency by offering most accurate site information such as estimated solar PV capacity for individual roofs, indicative solar PV array layout plan and likely annual generation which will eliminate the need to visit each site individually and encourage the developers to participate in the bid.”

Recently, CEEW came up with various models that can help power utilities to take a lead in spreading solar deployment who otherwise are struggling with lack of funds and dilution of their customers because of solar installations.

See: Incentives for rooftop solar can light up homes cheaply

Even as MP shows the light and may help in transforming the solar tenders, a slew of transitions are needed to make the sun truly shine. These include rooftop solar policies that can drive innovative market mechanisms like virtual and group net metering, a roadmap with clear short, medium and long-term policy objectives, incentivising DISCOMs and to develop other financing and market-based policies to encourage accelerated adoption among residential customers.

By Joydeep Gupta
Despite the serial disasters of pandemic, cyclone and locust attack, India’s economic stimulus package continues with its inefficient short-term thinking, although there is no shortage of viable alternatives
END_OF_DOCUMENT_TOKEN_TO_BE_REPLACED

By Nambi Appadurai
We have to invest in resilience-building measures, especially in health infrastructure, and weather and disease forecast systems, addressing training and adaptive capacity needs
END_OF_DOCUMENT_TOKEN_TO_BE_REPLACED

By Mandakini D. Surie
The Covid-19 pandemic has shown that universal access to water is critical to public health, sustainable development and economic growth. Our politicians must act now
END_OF_DOCUMENT_TOKEN_TO_BE_REPLACED

By Jillian Du, Robin King, Radha Chanchani
There is an urgent need to address shortcomings of social distancing and hand washing in crowded cities with unequal facilities that will help build better resilience to future crises
END_OF_DOCUMENT_TOKEN_TO_BE_REPLACED

By Soumya Sarkar
Although India added 8.1 GW capacity of coal-fired power plants, the rate of growth is slowing significantly, even as renewable energy becomes cheaper in the country
END_OF_DOCUMENT_TOKEN_TO_BE_REPLACED

By Soumya Sarkar
The faltering addition of solar power capacity in India is likely to be further hammered by the coronavirus disruption, making it more difficult to meet energy transition targets
END_OF_DOCUMENT_TOKEN_TO_BE_REPLACED
Share This