The streets of Madrid were full of people protesting on behalf of change and their children’s future, as activist Greta Thunberg arrived at the city hosting the UN climate summit 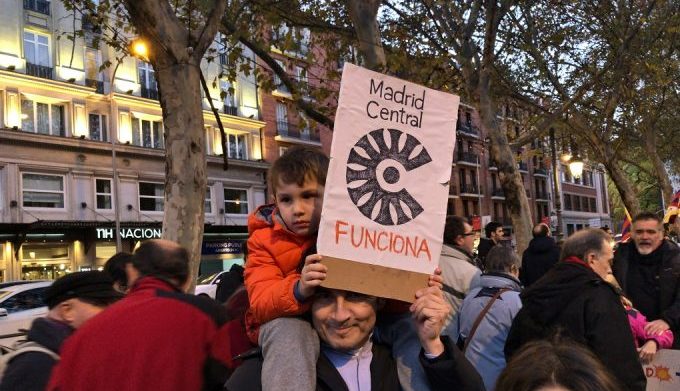 With banners, placards, slogans, songs, and drums, thousands upon thousands of Madrid residents poured out into the streets of the Spanish capital Friday evening to march for the earth and against the backers of coal and oil. A very large number brought along their children – walking along, on shoulders and in prams. Every parent was clear – the children deserved a better world than the one looming due to climate change.

It was a near-spontaneous celebration of life and rejection of business-as-usual as the city welcomed teenage activist Greta Thunberg to the December 2-13 UN climate summit (COP25) being held in a suburb. Negotiators from 196 national governments remained locked in bitter bickering over who is to do how much to control greenhouse gas emissions, who is to pay how much to whom. Madrid did its best to send them a simple message – every country and every individual needs to do much more. 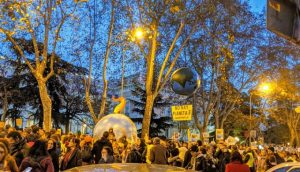 Thunberg was mobbed wherever she went, at the summit venue or the city centre. Speaking to journalists, she said, “I hope COP25 will lead to something concrete. We need to also increase awareness in people in general. The world leaders and people in power need to recognise the climate crisis and that doesn’t seem to be the case now. This [climate change] is not something they can just hide away.”

Asked why she was being trolled so viciously around the world, Thunberg responded, “They are afraid of change and change is what young people are bringing and that’s why they are anxious. And that’s proof that we’re having an impact and our voices are being heard. They want to desperately silence us.” 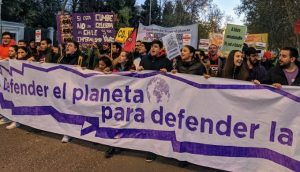 When asked what immediate steps she wanted taken on the climate change front, Thunberg said, “We have to adapt and we have to solve the problem and try to prevent the worst consequences. Basically nothing has happened. It cannot go on like this. We would like to have some action from people in power because people are suffering, they are dying because of the climate emergency today. We cannot wait any longer.”

By Joydeep Gupta
India is meeting its current unambitious pledge, but it is still pushing coal and failing to protect natural resources needed to protect people from the worst impacts of climate change
END_OF_DOCUMENT_TOKEN_TO_BE_REPLACED

By Lou del Bello
Developed countries are taking action to reduce their own carbon emissions, but they are not coughing up enough money to help vulnerable poorer countries do the same
END_OF_DOCUMENT_TOKEN_TO_BE_REPLACED

By Joydeep Gupta
US president-elect Joe Biden has strong popular backing to deliver action on climate change, which could provide impetus for countries worldwide to follow suit
END_OF_DOCUMENT_TOKEN_TO_BE_REPLACED

By Soumya Sarkar
The planet is losing biodiversity at an unprecedented rate, posing grave danger to human health and prosperity, the UN Convention on Biological Diversity warned in its flagship report
END_OF_DOCUMENT_TOKEN_TO_BE_REPLACED

By Olive Heffernan
With a range of marine geoengineering field trials moving forward, attention is turning to how research and eventual deployment should be governed globally
END_OF_DOCUMENT_TOKEN_TO_BE_REPLACED