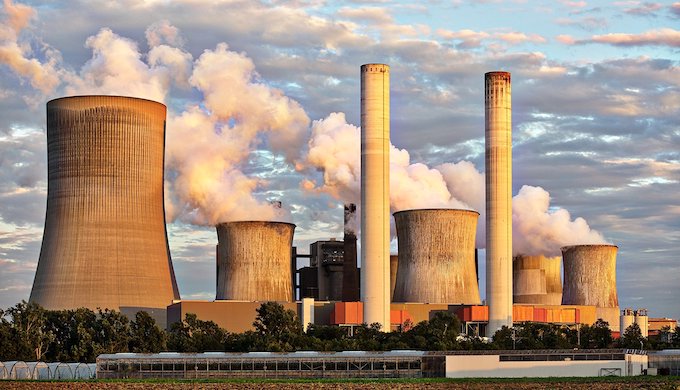 India continued to be among the few countries that have improved their performance on climate policy, greenhouse gas emissions, renewable power and energy use over last year, according to the Climate Change Performance Index 2020 released at the annual UN climate summit being held in Madrid. India improved its rank to the ninth position from 11th last year. It was placed in the 14th position in the 2018 index.

Global coal consumption continues to fall and 31 out of 57 high emitting countries have decreased their emissions, showed the 2020 index prepared by Germanwatch and NewClimate Institute that was published together with Climate Action Network. The index has emerged as an important tool to boost transparency in international climate politics, which enables comparison of climate protection efforts and progress made by individual countries. See: India improves its climate performance

The performance index is a league table of 57 countries and the European Union, which are together responsible for about 90% of global greenhouse gas emissions. Like last year, the top three slots of the index were left blank because the authors said none of the nations that were surveyed were clearly on a “well below 2 degrees Celsius pathway” in their overall performance.

“The new Climate Change Performance Index shows signs of a global turnaround in emissions, including declining coal consumption. However, several large countries are still trying to resist this trend, above all the USA,” said Ursula Hagen of Germanwatch. “We see opportunities for a halt to rising global emissions, but much will depend on further developments in China and the elections in the USA. Both countries are at crossroads.”

China, the largest global emitter, once again slightly improved its ranking to 30th place and was categorised as medium. China scored with a very good performance for its increased share of renewables in the energy mix over recent years and relatively good policy ratings, but poor performance in emissions and energy efficiency still weighed heavily on the country. “If China implements its extensive plans for new coal-fired power plants, there is a risk of a severe relapse to the bottom of the ranking,” the index report said.

Among the G20 group of countries, only the UK (7th) and India (9th) were placed in the high category. Worryingly, eight of these nations remained in the worst category of the index (very low), which included Australia, Saudi Arabia and the United States. The US was the worst performer in the league table.

“This science-based assessment shows again that the large climate polluters do hardly anything for the transformational shift we need to deep emissions reductions to curtail the run to potentially irreversible climate change,” said Stephan Singer of the Climate Action Network. “If necessary and strongly enhanced climate finance and loss and damage support by the wealthy nations for the poorer countries were to be included, the various higher ranking European countries would be performing much lower in the scores.”

While the South Asian nation received an overall medium rating in the renewable energy category, India’s 2030 renewable energy target was rated very high for its well-below-2 degrees Celsius compatibility. The Paris climate agreement of 2015 aims to keep the global rise in temperatures to “well below” 2 degrees compared with preindustrial times and has an additional aspirational goal of restraining the warming within 1.5 degrees Celsius.

Experts have commended the Indian government for strong policies to support the expansion of renewable energy, which is needed to meet the ambitious targets, as recent renewable energy capacity additions are below the level required. Despite an overall high rating for its climate policy performance, experts pointed out that the government has yet to develop a roadmap for the phase-out of fossil fuel subsidies that would consequently reduce the country’s high dependence on coal.

However, recent trends have shown that many big Indian states have either declared that they will not build any more coal-fired power plants or have reached a position where they are able to announce a similar policy. Tamil Nadu, Karnataka and Rajasthan are in a position to declare a “no new coal” policy after Gujarat and Chhattisgarh made major announcements recently in this regard, according to Winds of Change: No New Coal States of India, a report by New Delhi-based non-profit Climate Trends that was released at the Madrid summit. See: Major Indian states could declare no new coal

“Changing energy economics underline that the shift to renewable energy makes sense, not only for the climate, but also for economies,” the index report said. The implementation phase of the Paris agreement enters a crucial phase in 2020, where countries are due to submit their updated Nationally Determined Contributions (NDCs) to reduce emissions. In light of this, the index aims to inform the process of raising climate ambition, the authors said.