Climate change, land degradation and deforestation are combining to jeopardise global food security unless radical changes are made, warn scientists from around the world

Humanity will have to manage land more efficiently to avert a climate breakdown, a United Nations scientific report has warned. Growing human pressure is already degrading land globally and climate change is adding to these pressures, it said.

Crucially, better land management alone will not be enough to solve the problem. It has to go hand in hand with efforts to reduce greenhouse gas emissions if global warming is to be restrained well below 2 degrees Celsius, the report said.

The Special Report on Climate Change and Land (SRCCL) has been prepared by the Intergovernmental Panel on Climate Change, the UN agency that assesses the science related to climate change. Its summary for policymakers was approved by the world’s governments on Wednesday in Geneva, Switzerland.

The extent and rate at which humans have been exploiting land and freshwater resources is unprecedented in history. Together with intensification of land use, the exploitation has already led to loss of biodiversity and ecosystem services, and has hastened land degradation and desertification that impacts the livelihoods of millions of people.

Land must remain productive to maintain food security as global population increases. There’s an increase in the negative impacts of climate change on vegetation, the SRCCL report said. It added that the contribution of land to address climate changes, such as growing energy crops and afforestation, is limited. Bioenergy needs to be carefully managed to avoid risks to food security, biodiversity and land degradation.

Human activity such as agriculture and deforestation affects 75% of the Earth’s land surface, causing widespread land degradation. The changes in land use in the past century already cause as much as 23% of manmade greenhouse gas emissions, and accelerating climate change will have widespread impacts on land. Although the planet’s land is still a net absorber of carbon, it is possible that climate change will damage soils to an extent where is becomes a net emitter of carbon.

“Land already in use could feed the world in a changing climate and provide biomass for renewable energy, but early, far-reaching action across several areas is required,” said Hans-Otto Pörtner, Co-Chair of IPCC’s Working Group II that assesses vulnerability of socio-economic and natural systems to climate change. “(Action is required) also for the conservation and restoration of ecosystems and biodiversity.”

The report by the world’s leading body of climate scientists has been in the making for over two years and offers the most comprehensive assessment of the close linkages between the climate breakdown and the way humans use land, including for agriculture and forestry.

“Governments must unite behind the science. They must now substantially increase their national climate targets by 2020 in line with the 1.5 degree Celsius pathway and cut global emissions by half within the next decade,” Climate Action Network, a global platform of non-governmental organisations, said in a statement in response to the report. “Nature-based solutions must go together with abandoning fossil fuel use and investing in renewables. This (SRCCL) report must form the basis for a renewed political conviction to respond to the climate crisis.”

The SRCCL report — Climate Change and Land, an IPCC special report on climate change, desertification, land degradation, sustainable land management, food security, and greenhouse gas fluxes in terrestrial ecosystems — is the latest in a series of alarming scientific reports on the impacts of global warming on humanity and natural ecosystems.

The first global assessment of biodiversity and ecosystem services, released in May this year, held humans largely responsible for a looming mass extinction of species and has urged immediate action to avert disaster. The rate of species extinctions is accelerating, with grave impacts on people around the world, warned the report from the Intergovernmental Science-Policy Platform on Biodiversity and Ecosystem Services (IPBES). See: Nature on verge of breakdown, warn scientists 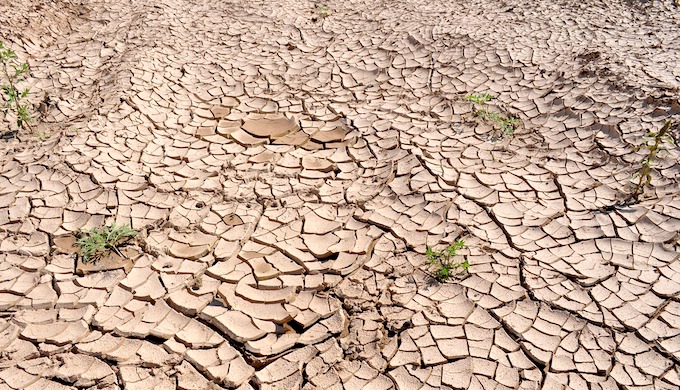 Degraded land is adding to the climate crisis (Photo by Pixabay)

While more food, energy and materials than ever before are now being supplied to people in most places, it is increasingly at the expense of nature’s ability to provide such contributions in the future and frequently undermines nature’s many other contributions, IPBES said.

Earlier in October 2018, The IPCC released another special report — Global Warming of 1.5 degrees Celsius — that said that fundamental changes were required to keep global warming within 1.5 degrees, and an inability to do so could result in runaway climate change. It requires “rapid, far reaching and unprecedented changes in all aspects of society,” IPCC said. See: Change world to control climate change, say experts

Now the SRCCL report has reiterated that there is an ecological and climate emergency. It shows how the use of land is worsening the climate crisis. The scientists urged the world’s governments to avert a climate breakdown by rapidly transforming land use and food systems and halting deforestation.

The report highlighted that climate change is affecting all four pillars of food security — availability (yield and production), access (prices and ability to obtain food), utilisation (nutrition and cooking) and stability (disruptions to availability).

“Food security will be increasingly affected by future climate change through yield declines — especially in the tropics — increased prices, reduced nutrient quality, and supply chain disruptions,” said Priyadarshi Shukla, Co-Chair of IPCC Working Group III, which focuses on climate change mitigation. “We will see different effects in different countries, but there will be more drastic impacts on low-income countries in Africa, Asia, Latin America and the Caribbean.”

About a third of global food production is lost or wasted, the SRCCL report said. Reducing this loss and waste would reduce greenhouse gas emissions and improve food security. Drastically cutting food waste and switching to more plant-based diets, particularly in high-emitting societies, while promoting agro-ecological farming, will go a long way towards curbing emissions and strengthening adaptation.

“This report sends a clear message that the way we currently use land is contributing to climate change, while also undermining its ability to support people and nature. We need to see an urgent transformation in our land use,” said Stephen Cornelius, Chief Advisor on Climate Change and IPCC lead at WWF. “Delayed action will increase the risk of climate change impacts on food security. Those most at risk are the world’s poorest.”

“The world’s leading scientists are clear – the way we produce food and manage land must change dramatically if we are to avert catastrophic climate change. Farming must work with nature, not against it,” said Teresa Anderson, Climate Policy Coordinator, ActionAid International. “A major shift to farming methods that work with nature, reduce emissions, empower women farmers and improve resilience to the impacts of climate change is now essential.”

Experts emphasised nature-based solutions to the climate crisis and linked the current problem with the biodiversity crisis. There is a major role for conservation, restoration of natural ecosystems and prioritisation of forests, they said.

With SRCCL, the IPCC has emphasised the significant threat that climate change poses to the environment and people, including to land and food security. The report makes it clear that stopping the climate crisis will not be possible without a radical change in food production and consumption, and a much better protection of forests.