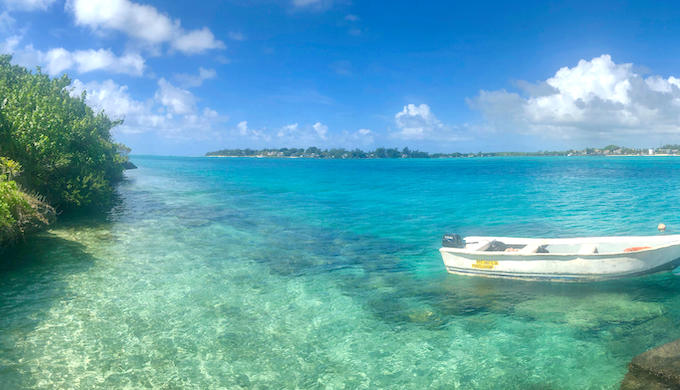 The damage caused by MV Wakashio, the ship that ran aground on a coral reef off the south-eastern coast of Mauritius in the Indian Ocean and began leaking heavy fuel oil in the biodiversity hotspot, might take decades to repair and restore.

As the full magnitude of the disaster unfolds, experts and environmentalists are calling upon the international shipping sector to reform maritime laws so that such catastrophes do not occur again.

Wakashio, a bulk carrier owned by a Japanese company but registered in Panama, hit a coral reef at Pointe d’Esny in July and started leaking heavy fuel oil in early August, endangering rich marine ecosystems that is home to 1,700 species, including some 800 types of fish, 17 kinds of marine mammals and two species of turtles, according to the UN Convention on Biological Diversity.

The island nation of Mauritius, which depends on its lagoons for food and tourism, is facing an unprecedented environmental crisis, Kavydass Ramano, the country’s environment minister, said in a media briefing.

The turquoise waters around Mauritius have turned black. Its mangrove wetlands have become polluted and reptiles and waterbirds have been coated with sticky fuel oil after the Japanese ship’s cargo of 4,000 tonnes of heavy fuel oil spilled into the Indian Ocean.

Oil spills severely affect marine and coastal ecosystems. Research published in August 2008 showed that the 650 tonnes of oil bulk carrier MV Ocean Seraya spilled near Karwar on the west coast of India, affected marine fisheries in the area and have had a long-term impact on marine biota.

The Mauritius oil spill has fouled the Blue Bay Marine Park, Pointe d’Esny mangrove forests and the Ile aux Aigrettes nature reserve for endangered species. The Blue Bay Marine Park was declared a Ramsar site of international importance in 2008, mainly for its remarkable coral gardens and wide variety of fish. The tiny island of Ile aux Aigrettes, some 800 metres from mainland Mauritius, is home to over 30 species of endangered birds.

About 25% of fish in the ocean depend on healthy coral reefs, according to the National Oceanic and Atmospheric Administration of the US.

Many residents, environmentalists and students have been working round the clock to limit the damage of the oil spill. However, such efforts may not be enough. Some nations, including France and India, have rushed emergency technical support to Mauritius.

The damage done by the oil spill will take decades to correct, experts said. “The toxic hydrocarbons released from spilled oil will bleach the coral reefs and they will eventually die,” Richard Steiner, a marine biologist in Alaska, told BBC News. “Although the oil spill wasn’t large – just a few hundred tonnes of oil – the damage to the coral reefs there have been massive. The impact is likely to remain for years.”

The nature of the oil spill has also caused concerns, prompting environmentalists and experts to demand that the maritime transportation sector must clean up its act. Greenpeace, an environmental activist group, has demanded a fully public, independent investigation into the causes and consequences of the disaster.

“This should also include the independent assessment of the ecosystems and the degree of impact both for humans and nature,” Greenpeace said in a statement. “This oil spill is a tragic and devastating reminder that fossil fuels are toxic, and our reliance on them puts both people and the planet at risk.”

The bulk carrier Wakashio was mainly carrying heavy fuel oil (HFO), which is used to help the engine of a vessel with propulsion. It is much heavier than crude petroleum transported in oil tankers.

When all refined products are extracted from crude oil, the stickier, tar-like substance that is left behind is HFO. It is used by a majority of ocean-bound large vessels. HFO has been at the centre of sustainability challenges in the shipping industry.

HFO is widely used because it’s much cheaper than alternatives. Critics say this is one of the reasons why the International Maritime Organisation has lower environmental standards for HFO.

Exposure to HFO is toxic to humans and wildlife, and highly polluting to the environment. Although international shipping contributes to 3% of global carbon emissions, the danger from HFO is often airbrushed.

Particulate matter emissions from maritime shipping leads to nearly half a million early deaths every year and costs over USD 50 billion annually in global health costs, according to Transport and Environment, an European campaign group.

HFO is viscous and sticky, making it much harder than crude oil to pump or collect during a spill, often fouling habitats for years. It doesn’t disperse or break down easily in the marine environment.

The shipping industry has promised to significantly reduce emissions by 2050, but there has been little or no effort to reduce the use of HFO.