The planet is losing biodiversity at an unprecedented rate, posing grave danger to human health and prosperity, the UN Convention on Biological Diversity warned in its flagship report 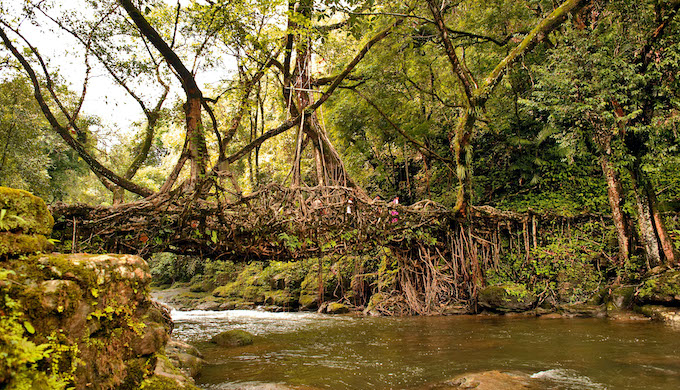 There were many sceptics when zero-budget natural farming started making inroads in southern Indian states a couple of decades back. Today, it has transformed into a grassroots peasant movement that showcases sustainable agriculture.

In the early years of this millennium, rapid land degradation raised alarm bells in Khyber Pakhtunkhwa in Pakistan. The provincial government started the Billion Tree Tsunami programme in 2014 to reverse the trend. The success of the initiative, which completed its task ahead of schedule in August 2017, has now prompted the federal government to replicate it across the country.

These initiatives show much can be achieved to conserve biodiversity and restore degraded ecosystems if there is grassroots support and resolute political will. But they are not enough and much more needs to be done, according to the fifth edition of the Global Biodiversity Outlook (GBO5).

“Biodiversity is declining at an unprecedented rate, and the pressures driving this decline are intensifying,” said the United Nations report that is published every five years. “The Covid-19 pandemic has further highlighted the importance of the relationship between people and nature, and it reminds us all of the profound consequences to our own well-being and survival that can result from continued biodiversity loss and the degradation of ecosystems.”

Despite some progress in several areas, the natural world is suffering badly and overall getting worse, said the 2020 report, released by the UN Convention on Biological Diversity (CBD) on September 15. Worryingly, the Aichi biodiversity targets, agreed to by national governments in 2010, seem to have largely failed, the outlook showed.

The grim report, which offers an authoritative overview of the state of nature, follows the Living Planet Report 2020 released on September 10. Humans are destroying nature at a rate never seen before, and the slide shows no signs of slowing, said the WWF report published every two years.

“Biodiversity is fundamental to human life on Earth, and the evidence is unequivocal — it is being destroyed by us at a rate unprecedented in history,” the WWF report said.

“We are heading towards a point of no return,” said Sejal Worah, programme director of WWF India.

“The choices we make in terms of development models in the next decade will be crucial in influencing how many species we will lose and ecosystems that may be irreversibly lost,” commented Jagdish Krishnaswamy, senior fellow at the Centre for Biodiversity and Conservation, Ashoka Trust for Research in Ecology and the Environment (ATREE).

“Any degradation and decline in ecosystems and biodiversity will have an enormous impact on tens of millions of people in India, and more widely in South Asia,” said Ravi Chellam, conservation scientist and CEO of Metastring Foundation. “Economies in this region are still very much dependent on local ecosystems, and the services and produce emanating from them.”

GBO5 reveals that at the current trajectory, biodiversity and the services it provides will continue to decline due to the increasing impacts of land and sea use change, over-exploitation, climate change, pollution and invasive alien species, making it nearly impossible to achieve the sustainable development goals (SDGs).

“The projected decline in biodiversity will affect all people, but it will have a particularly detrimental effect on indigenous peoples and local communities, and the world’s poor and vulnerable, given their reliance on biodiversity for their wellbeing,” GBO5 predicted.

The pressures on biodiversity and ecosystems are being driven by currently unsustainable patterns of production and consumption, population growth and technological developments.

“Humanity stands at a crossroads with regard to the legacy we wish to leave to future generations,” said Elizabeth Maruma Mrema, CBD’s executive secretary. “The more humanity exploits nature in unsustainable ways and undermines its contributions to people, the more we undermine our own well-being, security and prosperity.”

Global negotiations to stem the precipitous fall have received a setback because the 15th summit meeting of the CBD, scheduled to be held October 15-28 in Kunming, China, has been pushed back to 2021 due to the Covid-19 pandemic.

The UN General Assembly had declared 2011-20 as the Decade on Biodiversity to promote the implementation of a strategic plan on biodiversity and its overall vision of living in harmony with nature. The aim seems to have failed.

In 2010, at the 10th summit of the CBD in Nagoya, Aichi Prefecture, Japan, participating governments had agreed to work towards 20 specified targets. Ten years later, the GBO-5, which is also the final report on the Aichi Biodiversity Targets, said that only six were “partially” achieved by the 2020 deadline.

“This reflects utter failure and complete lack of real leadership despite all the bombastic claims of political leaders from across the world,” said Chellam. “The tragedy is that the poorer and weaker sections of our society, who form the majority, will bear the brunt of the negative impacts and those responsible will to a large extent not really pay the cost.”

All might not be lost, however. There has been some progress in conserving biodiversity and restoring ecosystems, the outlook said. In all the countries of South Asia, governments have enacted laws to preserve biodiversity and have formulated biodiversity action plans.

In India, the environment ministry and the National Biodiversity Authority said in a report in 2019 that effective and sustained measures are being taken through eight national missions.

“Considering the challenges India faces in terms of development and socioeconomic dimensions and the pressure on resources, we have done very well to conserve our biodiversity in the face of heavy odds, unparalleled perhaps amongst all nation states,” said Krishnaswamy of ATREE. “However, we now face new stresses and threats to our remnant biodiversity and ecosystems and need to renew our commitment to inclusive but effective conservation and ecological restoration.”

The pressures of development in Bangladesh have degraded its ecosystems, prompting the deltaic nation to adopt a biodiversity action plan. Bhutan, the most eco-friendly country in the region, also has an action plan. It is perhaps the only country in South Asia that has not limited itself to strategies but has actually acted on them.

The GBO5 calls for a shift away from business as usual across a range of human activities. It outlines eight transitions that recognise the value of biodiversity, the need to restore the ecosystems on which all human activity depends, and the urgency of reducing the negative impacts of such activity. The recommended transitions relate to land and forests; sustainable agriculture; food systems; fisheries and oceans; cities and infrastructure; fresh water; climate action; and health.

Trends in biodiversity have been declining and are projected to continue to do so under business as usual scenarios (trend line). Various areas of action such as enhanced conservation and restoration of ecosystems; climate change mitigation; action on pollution, invasive alien species and overexploitation; more sustainable production of goods and services, especially food; and reduced consumption and waste could reduce the rate of biodiversity decline (Source: Global Biodiversity Outlook 2020)

But these are easier said than done. While spending with biodiversity as the principle focus has doubled globally to USD 9.3 billion in the decade to 2020, it is minuscule compared with other potentially harmful investments.

For instance, the value of government subsidies that potentially cause environmental harm amounted to USD 478 billion in 2019 alone, GBO5 said.

However, putting nature first is good for business and economic resilience, the World Economic Forum (WEF) said in a report in July 2020.

“Nature-positive” solutions can create 395 million jobs by 2030, WEF said in its Future of Nature and Business report. The report provides blueprints for businesses to tap into a USD 10.1 trillion business opportunity on industry actions that add value to nature.

“We can address the looming biodiversity crisis and reset the economy in a way that creates and protects millions of jobs,” said Akanksha Khatri, head of the Nature Action Agenda at WEF.