Solar power, which has now become the cheapest source of electricity, is expected to drive the global energy transformation away from fossil fuels 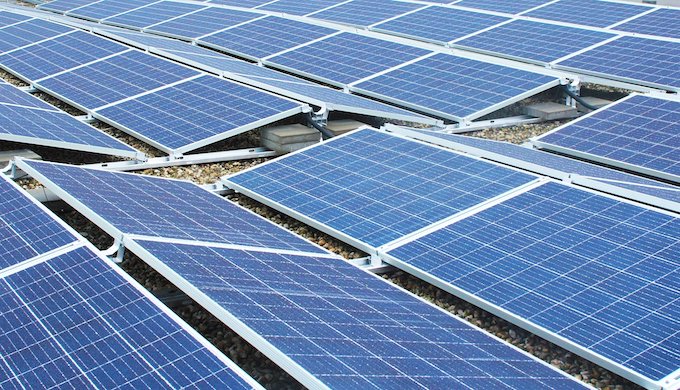 Share of renewable sources of power is expected to overtake coal-fired electricity by 2025, the International Energy Agency said in its annual report on global trends, at a time when governments are looking to reduce greenhouse gas emissions.

Although hydropower continues to be the largest source of non fossil fuel energy, solar power is catching up fast as cost of manufacturing and installing solar panels has declined dramatically in recent years, the Paris-based organisation said in its World Energy Outlook 2020. Wind power is the second-largest driver of the transition.

“I see solar becoming the new king of the world’s electricity markets,” Fatih Birol, IEA’s executive director, said in a statement. “Based on today’s policy settings, it is on track to set new records for deployment every year after 2022.”

Solar photovoltaics are now cheaper in most countries than plants producing electricity by coal and natural gas. The low cost of solar power, combined with policy action to cut emissions, is increasingly pushing coal off the energy mix, the IEA said.

Renewables will capture 80% of the market for new power generation by 2030, the report estimated, basing its prediction on the so-called Stated Policies Scenario, which looked at announced policy intentions and targets, and assumed that by early 2023 global energy demand will rebound to levels seen before the Covid-19 pandemic .

“Coal demand does not return to pre-crisis levels in the Stated Policies Scenario, with its share in the 2040 energy mix falling below 20% for the first time since the Industrial Revolution,” IEA’s report said.

By 2025, as much as 275 GW of coal-fired capacity will be shut, mainly in Europe and the United States. Increases in coal demand in developing economies in Asia will be much lower than predicted in previous editions of the report.

Coal’s share in global power supply could fall to 28% in 2030 from 37% in 2019. The slump can be steeper if governments start taking more action to decarbonise economies.

Due to the disruption forced by the pandemic, global energy demand is set to drop by 5% in 2020, energy-related carbon dioxide emissions by 7% and energy investment by 18%, IEA said. Power generation from renewables is the only major source of energy that shows growth in 2020.

Before the Covid-19 crisis, energy demand was projected to grow by 12% between 2019 and 2030. Under the Stated Policy Scenario, IEA has now revised the growth over this period to 9% and estimates an even lower 4% if economic recovery is delayed.

“With demand in advanced economies on a declining trend, all of the increase comes from emerging market and developing economies, led by India,” the report said.

The trend away from fossil fuels will require heavy investment in power grids, which need to be upgraded to absorb variable supply from solar parks and wind farms. For a smooth energy transition, as much as USD 460 million will need to be invested by 2030.

“Electricity grids could prove to be the weak link in the transformation of the power sector, with implications for the reliability and security of electricity supply,” the IEA report said. “The financial health of many utilities, especially in developing economies, has worsened as a result of the crisis.”

The report found that there is a disparity in many countries between the spending required for smart, digital and flexible electricity networks and the revenues available to grid operators, which creates an investment risk under today’s regulatory structures.

The world is heading towards average global temperatures that are higher than the Paris Agreement’s ambitious target of 1.5 degrees Celsius, the authoritative body of energy analysts said, unless more stringent efforts are made to rein in emissions.

“Only faster structural changes to the way we produce and consume energy can break the emissions trend for good,” Birol said. “Governments have the capacity and the responsibility to take decisive actions to accelerate clean energy transitions and put the world on a path to reaching our climate goals, including net-zero emissions.”

By Jency Samuel
Increased use of batteries can ensure grid stability and boost the contribution of renewables in India's energy mix, which is necessary to decarbonise the power sector
END_OF_DOCUMENT_TOKEN_TO_BE_REPLACED

By Soumya Sarkar
The chance of sudden, catastrophic river flooding in the western Himalayas has doubled as climate change leads to an increase in extreme rainfall events
END_OF_DOCUMENT_TOKEN_TO_BE_REPLACED

By Anjali Notandas
Concerned about the dangers of climate change and environmental degradation, children in India have taken to activism, demanding their rights to a better future
END_OF_DOCUMENT_TOKEN_TO_BE_REPLACED

By Shikha Bhasin
Proper servicing is key to efficient running of environment-friendly cooling systems, demand for which is expected to surge as temperatures rise across India
END_OF_DOCUMENT_TOKEN_TO_BE_REPLACED

By Kamal Prakash Seth
As the biggest consumer of palm oil, India can take a lead in demanding ethical palm oil production that can stop deforestation in southeast Asia and reduce air pollution
END_OF_DOCUMENT_TOKEN_TO_BE_REPLACED

By Sapna Gopal
The growth in the wind sector has been slowing for the past few years in India; this has now been compounded by disruptions due to the Covid-19 pandemic
END_OF_DOCUMENT_TOKEN_TO_BE_REPLACED
Share This