Concerned about the dangers of climate change and environmental degradation, children in India have taken to activism, demanding their rights to a better future 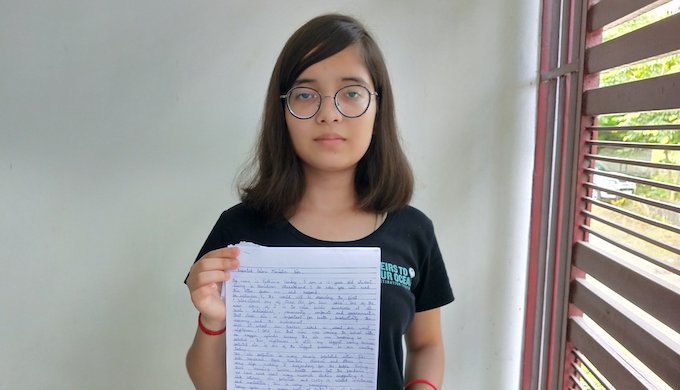 “Every year, in many parts of India, the air becomes much polluted and it becomes very difficult to breathe after October. I worry that if a 12-year-old like me finds it hard to breathe, what it must be like for children younger to me living in cities like Delhi and others,” the schoolchild from Haridwar in Uttarakhand wrote in her open letter.

“As our Prime Minister, you have accepted climate change as a reality. Today, on the International Day of Clean Air for blue skies, on behalf of all the children of India, I would like to make a request to you. Please think about our future,” Pandey wrote. “Kindly help us by making sure that an oxygen cylinder doesn’t become an essential part of the life of children, which we have to carry on our shoulders everywhere in the future.”

Pandey is part of a global trend where young people are demanding action to combat climate change, and fighting for their right to a better future. They are taking a stand by creating awareness and calling for action against the surging climate emergency.

She is not alone in her fight in India. Others like eight-year-old Licypriya Kangujam from the north-eastern state of Manipur and 16-year-old Aditya Mukarji from Gurgaon in Haryana are also leading protests and demanding action on environmental issues.

Soon after Pandey made her letter public, Kangujam tweeted a photo of her wearing an oxygen mask, symbolically powered by a plant. Kangujam has devoted her childhood to social work and activism, establishing a wide presence at home and abroad, with thousands of supporters across the globe.

“My war is a never ending war in the frontline to save our future,” Kangujam tweeted on Sunday, September 6. “My war on climate change will continue till our leaders #ActNow.” 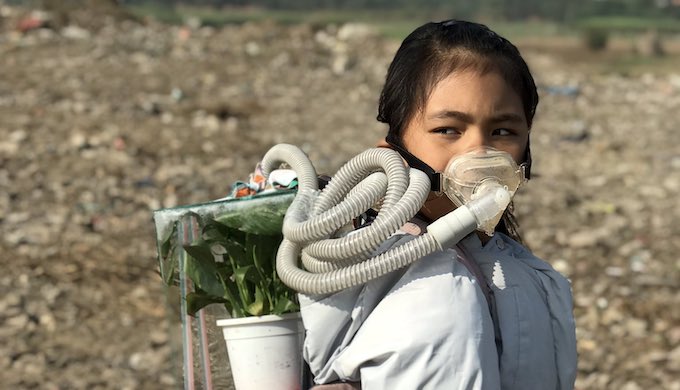 She has also been campaigning to include the subject of climate change in school curriculum. Her advocacy has started bearing fruit. The Rajasthan government has started working on her suggestion.

In her activism, Kangujam strongly condemns the use of fossil fuels for the growth and development of the country and promotes the use of sustainable resources.

She has also been working toward conservation of wildlife, resolving India’s severe air pollution problem and creating better awareness among people on climate change issues, efforts she shares with Pandey.

A fiery activist, Pandey made headlines when at the age of nine years she sued the government of India, demanding climate action. “I want a better future,” she said. “I want to save the future of all children and future generations.” See: A child steps up to demand climate action

“When I understood and learned about climate change and global warming and how it is going to affect my future, my rights and that of future generations, I started living a sustainable life and stopped using plastic bags, wasting water, and even made new rough notebooks out of my old unused notebook papers.”

In September 2019, Pandey with 15 other child petitioners that included Thunberg, filed a lawsuit against 25 countries at the United Nations Convention on the Rights of the Child, demanding accountability and swift action on climate change.

“Climate change is not a problem which any country can solve on its own,” Pandey had said at that time. “All the countries must join their hands together to solve this crisis as it is a global issue.”

Echoing the sentiments of Pandey, Aditya Mukarji from Gurgaon said, “Each of us must try to leave the world a little better than we found it. A responsible citizen makes a responsible country.”

A youth ambassador and intern at United Nations Development Programme, Mukarji is actively spreading awareness on climate change. He is also an ardent advocate of reforestation.

To spread his campaign to rural areas, he has started an environment award for girls at a school in Anupshahar, Bulandshahr district, Uttar Pradesh, which will be given once the coronavirus pandemic abates. 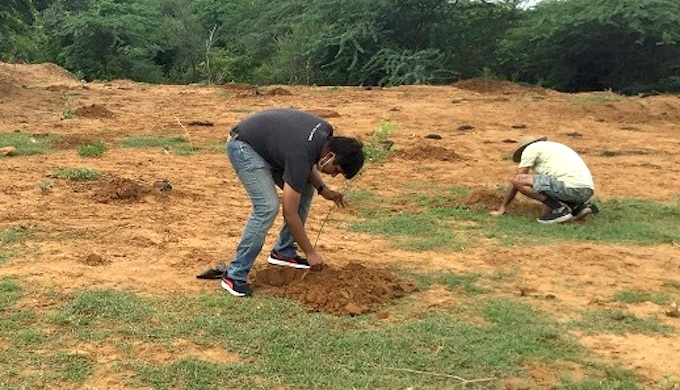 Mukarji started campaigning in 2018 against single use plastics by going door to door to restaurants and hotels. Many companies, which include The Holiday Inn hotels, Crowne Plaza Hotels, Oberoi Hotels, Country Inn Hotels, PVR Cinemas, INOX Cinemas and Interglobe Hotels-Accor have joined his initiative to phase out single use plastics.

“I strongly believe that plastic straws are the easiest form of plastic that modern man can stop using,” he said. “It hurts no one to drink straight from a glass, or at best, to use a paper, bamboo or metal straw.”

Believing that reforestation is an essential task, Mukarji has raised funds to plant around 9,000 trees in the Cauvery river basin and has been spreading awareness about bio-medical waste recycling, which includes disposable gloves, masks, sanitary waste, medical waste and so on.

The developing economy of India is highly dependent on fossil fuels. “Clearly, this needs to change,” Mukarji said. “Happily, India has a vision and an action plan to rapidly switch to alternative energy streams.”

Child activists like Pandey, Mukarji and Kangujam are unwilling to remain silent spectators to the perils of climate change and environmental destruction.

In a rapidly warming country like India, they say immediate action is required. With their passion, effort and strong voices, they are inspiring people at home and abroad, including other youth, to understand the urgency of climate change and the need to work towards a better future.

“While it is important for our leaders to make some major changes, each citizen must carry their own weight,” Mukarji said. “They must correct their polluter lifestyle to an eco-friendly way of life.”

It is possible to ensure a better future “if our government is compelled to follow environmental rules and regulations, and if all citizens consider it their duty to protect the environment and take whatever small steps they can,” said Pandey.