Around 370 million indigenous peoples live on 22% of the world’s land surface. This 22% holds 80% of the earth’s biodiversity. It is estimated that more than 20% of the carbon stored in forests is found in land managed by indigenous peoples. They are preserving vital carbon sinks that play a critical role in reducing the accumulation of carbon dioxide, the main greenhouse gas that is causing climate change.

Indigenous communities have deep-rooted spiritual, cultural and economic relationships with the ecosystem. But now, climate change has brought innumerable threats to their survival and is disproportionately affecting their lifestyle and economy.

In several tropical countries, increasing temperature, droughts, floods, heat waves, wildfire, landslides and other extreme weather events are destabilising livelihoods of indigenous communities and limiting their ability to cope with and adapt to the climate variability. Crop failure and rising hunger are reducing their food sovereignty.

In most Asian and African countries, particularly across the indigenous lands and territories, climate change has substantially reduced the productivity of staple crops. For hundreds of years, indigenous peoples traditionally follow local weather and climate patterns for their agriculture, forestry and collection of various forest products.

These options have become increasingly less reliable and more unpredictable. As a result, many indigenous peoples have been left helpless, frustrated and scared.

It is now well established that the tropics are becoming hotter and winters in temperate zones are becoming colder. The arrival of the rainy season has become inconsistent, leading to increased droughts, floods, declining soil fertility and eventually reducing crop yields.

To make the situation worse, new species of insects are reported in the indigenous hinterlands, causing crop failure and poor yield. It is also affecting entire ecosystems and increasing drudgery for the community.

For example, after a prolonged drought, several new species of insects are emerging that destroy crops. Indigenous farmers are facing heightened burden due to disappearance of helpful native species and appearance of invasive species in the form of pests and weeds. 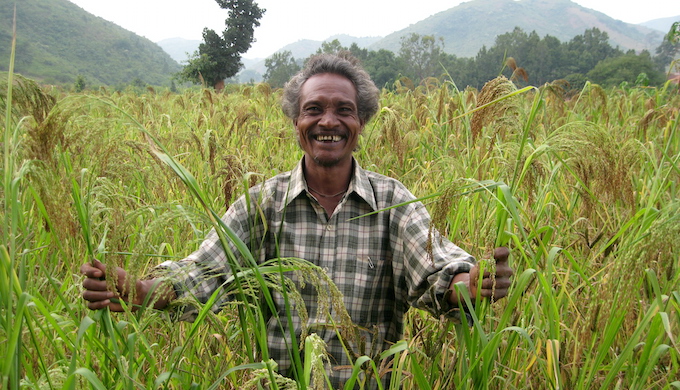 Access to safe drinking water has become a daunting challenge for many indigenous peoples. Since the perennial streams, springs and waterholes have been dying up fast, indigenous women and girls are now travelling long distances from their villages to fetch water.

Food and water insecurity have resulted in an increased rate of water and vector-borne diseases.

To address climate change, the suggestions of indigenous communities should be incorporated in policy debates and consultations. Their positive contribution to the sustainable management of natural resources and the abatement of greenhouse gas emissions should be appropriately recognised by the government, academics, developmental institutions and aid agencies.

There is an urgent need to recognise indigenous peoples’ land and territorial rights, as their habitats harbour rich buffer against deforestation — one of the main drivers of climate change.

“Indigenous land rights are fundamental tools to fight against climate change,’’ said Kadey Soren, a Bhubaneswar-based development professional working with indigenous communities in Odisha. Soren belongs to the indigenous Santal community. “By collaborating with indigenous people, we could move towards a low-carbon planet.”

Economist Nicholas Stern believes that if we recognise indigenous peoples’ rights over their territories, it will substantially reduce the rate of deforestation, which allows the forests to continue absorbing carbon.

Traditional farming practices of indigenous communities are better adapted to a changing climate.

“These crops are rich in multivitamins,” said Dalai, “They are also uniquely suited for the increasingly intense weather and temperature fluctuations.”

However, there are several challenges to replicate this strategy. For instance, activists advocating for the rights of indigenous peoples often argue that there are preconceived notions when it comes to indigenous knowledge.

Many believe that indigenous knowledge is incompatible with modern science-based policy, which is far from the truth, claim activists.

Abhijit Mohanty is a Delhi-based development professional and freelance journalist. He has worked with indigenous communities and migrant workers in India and Cameroon.