Batteries will be pivotal in India’s electric mobility transition 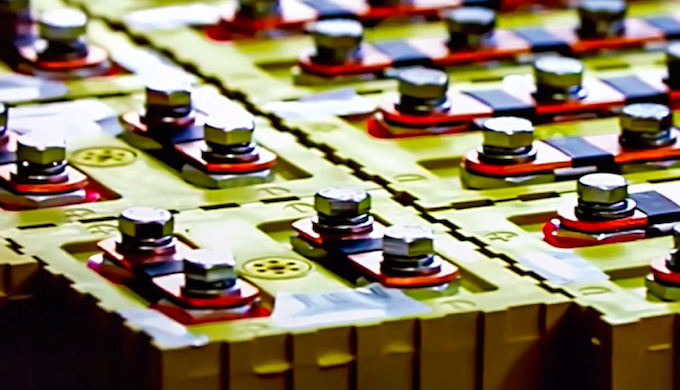 Nearly five years before the first Tesla hit the road, there was a diminutive two-door battery car that was zipping down the narrow lanes of London. It was made in Bangalore, India. The Reva, or the G-Wiz as it was known in Britain, was hardly inspiring to look at, offered a narrow range per charge and ran on a set of six lead-acid batteries strapped under the front seat.

In many ways, the Reva represented the early days of India’s experiments with electric mobility –under-whelming designs and over-focused on practicality. Even before the Reva, there were small outfits cobbling together two-wheelers that ran on lead-acid batteries. These were unreliable, extremely slow, sporting dowdy designs and their owners were almost always retirees trying to get the most out of their pension buck.

That market has evolved and is at the cusp of more change. At the heart of it is battery tech, and the myriad complexities surrounding tech and raw material access and manufacturing. The solutions will have to be uniquely Indian.

At stake is the electrification of the world’s largest two-wheeler market, and fourth largest automobile market overall. India produced more than 30 million autos in 2018-19, according to the Society of Indian Automobile Manufacturers. Nearly five out of every six vehicles were two-wheelers. A little over four million were cars and sports utility vehicles.

In a country of over 1.3 billion, the automobile industry is projected to grow to touch the highs that China has reached, where passenger vehicle sales is nearly five times as much as India.

If the Indian government’s ambitious goal is reached, by 2035 this will be an all-electric market.

The Society of Manufacturers of Electric Vehicles (SMEV) says there are over half a million electric two-wheelers on Indian roads today. Nearly 90% are scooters with a maximum speed of 15 miles an hour. They do not have to be registered; their riders do not need licences.

Locally assembled electric cars number a few thousands. A majority sold recently are run by fleet operators. Passenger EVs in the hands of individual owners, imported or locally assembled, are a minuscule part of the market. EV sales account for less than 1% of the total vehicle sales today. SMEV projects it will grow to 5% by 2025.

Other researchers project that half the 2-wheeler sold by 2025 may be e-scooters. A June 2018 Morgan Stanley report predicts that 30% of new vehicle sales by 2030 may be EVs, and half the car fleet will be electric by 2040.

For all this to happen, batteries must become stronger, last longer and sell cheaper.

Morgan Stanley projects battery cost to fall to a point where EVs achieve cost parity with internal combustion engine (ICE) vehicles in India by 2026. Mordor Intelligence estimates the Indian battery market will quadruple in the next five years.

This will happen only if India can follow China’s lead to secure sources of the rare earths that go into the making of a modern battery – lithium, nickel and cobalt. Cheaper batteries with longer ranges and lifespans are just as essential. Today, the battery pack is half the cost of an electric car; it is only a bit less in electric two-wheelers. As a result, all types of electrified personal transportation cost almost twice as much as their fossil fuel counterparts.

In the immediate future, lead-acid battery powered two-wheelers will continue to dominate the Indian EV space due to cost-sensitivity. But lithium-ion battery packs are fast becoming popular. Much of the current manufacturing of vehicle batteries in India revolves around the integration of lithium-ion cells and related sensors, electronics etc. and creating the algorithms for the battery management system. There has not been any fundamental research into cell chemistry or engineering of the cells themselves.

Says Imran Haque, Automotive Lead Partner, Roland Berger India, “Cell manufacturing involves high capex and becomes viable only at a certain minimum capacity level. And the market, at least in the near future, will see capacity expansion primarily coming in from electric 2 and 3 wheelers. In our discussions with OEs and suppliers we don’t see a business case to invest in cell manufacture.”

Haque adds that the battery pack which puts together the cells and related systems will be localised, but cell manufacture may become feasible only after FY25. Some of the elements of localisation of the battery packs are also related to customising them for Indian conditions – for handling high temperatures, the risk of waterlogging, and for improving efficiency level and operating life.

The result of all the new research may help deliver customised solutions to original equipment manufacturers (OEMs). But, for the immediate future, the cost of a BEV will still be considerably higher than its fossil fuel counterpart. Like it has been with other developed markets, government tax incentives are imperative for making EVs more affordable in the Indian market too. With significantly fewer moving parts, EVs may be able to promise lower life-cycle costs compared to regular vehicles, but the initial purchase price is still an entry barrier.

Nikhilesh Mishra, co-founder of battery start-up Grinntech, says, “Though the automobile industry would like to see the rates go down to about USD 100 per kWh for lithium-ion cells, the current range is quite varied. This is just for the base cells, after inputs like a battery management system, related electronics and an active cooling system. If it is a larger pack, the cost of an EV battery could range from USD 130 to USD 250 per kWh depending on the features, complexity and application (2, 3 or 4-wheeler).” This is the manufacturer’s cost. Consumers will have to pay more.

The sale of EVs in India is highly dependent on government incentives, and the current economic situation does not make it easy to provide incentives. Still, the effect of air pollution in cities has forced governments to focus on EVs. The government of the national capital, Delhi, is pushing for BEVs as new public transport vehicles, starting with locally assembled e-rickshaws.

Other state governments are following, and e-rickshaws are fast replacing fossil fuel variants. The central government has also been allocating funds for schemes that incentivise purchase of EVs. This has had patchy and limited success but is being reimplemented with newer regulations that will focus on full electric mobility and not on hybrids. Called the Faster Adoption and Manufacturing of Electric Vehicles (FAME) Scheme 2, it has been allocated INR 100 billion (about USD 1.4 billion) for distribution as incentives for EV buyers.

The central government had set an ambitious target of reaching 6-7 million EV sales by 2020, which has not been achieved. It has again set a stiff target of reaching 100% of new vehicle registrations by 2035 being EVs. There are numerous stumbling blocks on the way, even if prices come down. One is the lack of a widespread charging infrastructure. The second is range anxiety. Private investment has started flowing into creating a network of charging stations, but viability may be a problem – the price per unit of charge may need to be so high that it may make running the EV unattractive. It will be difficult to subsidise power-supply to charging stations. Consumers may choose to charge only at homes or their places of work.

Currently, the biggest players in the lithium-ion battery segment in the organised sector are Exide Industries and Amara Raja Batteries. Toshiba has announced a joint venture with Suzuki of Japan and Denso for setting up a greenfield battery manufacturing plant largely to supply to car market leader Maruti Suzuki India. The facility is still in the works. But, these big battery brands, which supply directly to OEMs are unlikely to deliver the disruption that the EV market needs for quickening the pace of adoption.

For 3-wheeler EVs, the bigger battery players have come from the unorganised sector. Helping them to get organised may be the way forward.

Meanwhile, big battery manufacturers from China, South Korea and Japan are all planning their forays, hoping to cash in on the expected explosion in the middle market for high-performance 2–wheelers and small electric cars. Morgan Stanley estimates this market may be worth nearly USD 1 trillion by 2030.

The government is allowing EV makers to sell their vehicles without an inbuilt battery pack. The buyer can then choose to lease the battery from the vehicle maker or a third party. This may spawn battery swapping stations, yet another different path India may take.

Some of the most disruptive new vehicle makers in India have emerged from start-up ecosystem – brands like Ather Energy, which has already launched its e-scooters. A similar new brand in the electric 2-wheeler space is Ultraviolette, which is developing a high performance electric motorcycle. The oldest and biggest Indian electric 2-wheeler maker is Hero Electric. All can benefit from a battery-swapping model. But they are being careful because battery swapping has potential operational risks.

The disruption from the dynamic start-up ecosystem may drive future EV adoption in the lower end of the market.

Some sceptics, some enthusiasts

Sumantran, chairman of Celeris Technologies and co-author of Faster, Smarter, Greener: the future of the car and urban mobility, says, “Swapping batteries will lead to wear and tear of connectors, risks associated with contact resistance and electrical shorts. Bulk transportation is also a risk and so a fair degree of automation will be needed for many of these operations.”

Grinntech’s Mishra is more confident. Many e-rickshaw drivers take their vehicles on lease because they cannot afford to buy. Battery lease will only be an extension. Grinntech is hoping to supply directly to OEMs and to individual consumers.

C.V. Raman, senior executive director (engineering), Maruti Suzuki India, says, “There are practical issues on the ground that need to be addressed even before we can expect to push for mass adoption of EVs. Step-by-step approach growing from mild-hybrid all the way to a BEV is a sensible approach. Jumping that curve is not easy and to do it without making any compromises along the way is the biggest challenge.”

Roland Berger’s Haque thinks the business model can work for 2 and 3 wheelers, especially for fleet operators and e-commerce companies which many delivery vehicles. “We have found that OEMs are expecting this to be a trend that will find traction with the B2B segment, where e-commerce outfits with hundreds of scooters or 3-wheelers will find setting up a battery-swapping facility for their own use feasible.”

Use renewable sources to charge electric vehicles in India

By Rana Pujari
There is a compelling case to catalyse decarbonising transportation in India, which can be achieved by deploying clean-powered electric vehicle charging stations
END_OF_DOCUMENT_TOKEN_TO_BE_REPLACED

By Soumya Sarkar
The United Nations has warned that immediate action is needed to face the triple environmental emergency of climate change, biodiversity loss and pollution
END_OF_DOCUMENT_TOKEN_TO_BE_REPLACED