The International Solar Alliance launched by India on the opening day of the Paris climate summit is still trying to find its feet; if properly run, it can mobilise the money and new technologies needed to make solar the world’s primary source of energy 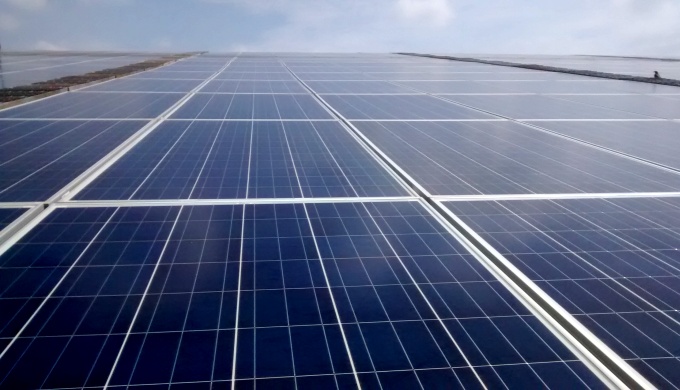 When Indian Prime Minister Narendra Modi and French President François Hollande launched the International Solar Alliance (ISA) on November 30, 2015, the opening day of the Paris climate summit, many sceptics saw it as a way to deflect criticism. India had been criticised by sections of developed country environmentalists and media for its plan to continue using coal for the bulk of its power generation.

A month and a half after the launch, there has been no further announcement about what the ISA will do, and the scepticism is growing. Since the launch, all that the Indian government has said in public is that 121 countries are part of the alliance, it has a 22-country steering committee, and that its secretariat—at the National Institute of Solar Energy next to New Delhi—will be inaugurated by Modi and Hollande on January 25.

There is a working paper about the ISA on the website of the Ministry of New and Renewable Energy (MNRE), but that was written before the launch.

India has made an initial allocation of $30 million to start the alliance and run its secretariat. Apart from countries that fall between the Tropic of Cancer and the Tropic of Capricorn, the alliance has big players such as the US, China, Germany, Brazil and South Africa. It is to be run on the same lines as France’s Terawatt Initiative.

All of this makes it even more urgent for the Indian government to get on with it.

The ISA is in line with the seventh of the UN Sustainable Development Goals (SDG) adopted by all countries last year, which will make it easier to access international financing for its work. SDG 7 seeks to “ensure access to affordable, reliable, sustainable and modern energy for all.”

Importantly, there is emphasis on developing off-grid solar energy for villages where it is not economical to take a central power grid.

There is no debate about the intention. There is worry because ISA has not got off the ground yet. One reason is that with a 22-country steering committee, it is difficult and expensive to hold meetings. MNRE officials say they are trying to convene the first meeting as soon as possible.

The steering committee will have oversight on the basic roles of the ISA—policy advocacy, business promotion and any lobbying needed for faster growth of solar in member countries. While its later meetings can be virtual, MNRE officials feel the first meeting needs to be face to face.

The working paper says that apart from the steering committee and the secretariat, the ISA will have an assembly and a council. The assembly is supposed to provide guidance and advice while the council members are supposed to ensure smooth functioning.

To some observers, this reads like a recipe for a top-heavy organization.

The ISA was originally thought of as a way for India to help other developing countries in the tropics and sub-tropics with solar energy technologies. In the process, it can also help India meet its energy shortages without depending on imports.

Solar market analysts feel that if the ISA is effective, it will help India access latest solar technologies, plus private and bilateral finance at much lower transaction cost. It can also help research and development within the country.

In many ways, the ISA has been conceived as a bloc, just like the trade blocs that help countries bypass World Trade Organisation rules and get various concessions that they cannot get in bilateral trade deals. That should help India as well.

A problem for the ISA is that it does not yet have any significant financial pledge from any country other than India. Including the $30 million initial allocation, India has budgeted nearly $89 million in land and financial resources for the ISA and the finance minister may give more money when he makes the next budget speech on February 29.

However, there is a projection that the ISA will need $1,000-1,200 billion over the next 15 years, and such a sum is not going to come from any one country. A major job of the steering committee will probably be to seek additional aid from rich member countries, lobby the Green Climate Fund of the UN Framework Convention on Climate Change, and also look for private financing on easier terms than now. This problem is particularly acute for smaller developing countries and needs to be solved if the ISA is to fulfil its mandate.

If money is the problem, technology is the prospect. With 121 member countries, there are many areas of niche expertise available to the ISA—solar rooftops from Germany, cheap solar panels from China, thin film panels from the US and so on. The ISA can be a game changer if it facilitates easy exchange of these technologies between its members.

Its other advantage is that it is an alliance of governments. So when solar entrepreneurs go to bureaucrats to complain of a policy bottleneck—as they often do—governments can learn the solutions from one another.

It may be helpful if the steering committee comes up with a set of concrete short, medium and long term goals. That will provide the necessary confidence to private players, who anyway will have to fund at least 70% of the costs if the solar goals are to be met.

There is only one way to answer the sceptics: through action.