Time for an airshed approach in Delhi NCR

Air pollution knows no political boundaries, and this severe problem in the national capital region needs a coordinated airshed approach by all government agencies across state boundaries 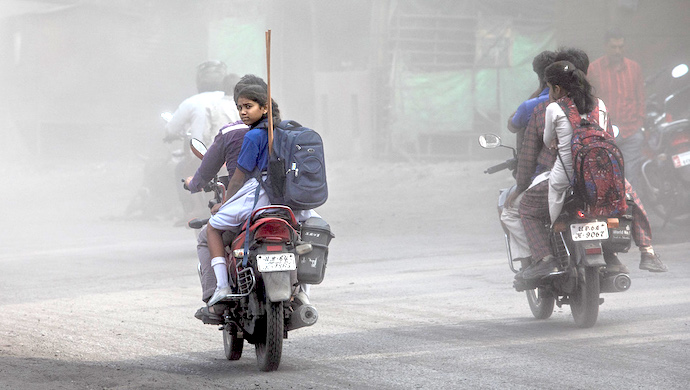 Delhi is in the news once again for its severe air quality, regularly exceeding 250 µg/m3 (microns per cubic metre) for PM2.5 since before Diwali on November 14. The government has declared an air pollution emergency. However, are the actions of Delhi alone sufficient to combat the air pollution crisis?

The vehicular fleet in Delhi is one of the largest in the country, characterised by a relatively high rate of personal vehicle ownership and use. To address this, Delhi announced the odd-even vehicle restraint measures last month. While the effectiveness of odd-even remains debated, it has become a focal point for engaging the ordinary resident of Delhi.

For some, particularly those with private cars, it is an opportunity to seemingly do their two bits for the environment, without engaging in meaningful change. For many others who travel using a combination of personal two wheelers, buses, and intermediate para-transit (IPT) such as taxis and three-wheelers, odd-even represents no significant change in their daily commute. If anything, the addition of passenger traffic without a sufficiently robust public transport network increases the stress of their daily commute.

While the odd-even scheme was originally envisioned as an emergency measure, its periodic implementation would benefit from a stronger connection with air quality data. It is also critical that the scheme is implemented without exemptions for it to improve air quality.

The Delhi Metro is one of the most extensive Mass Rapid Transit System network in India. It provides an alternative to personal vehicle use. Yet, much more needs to be done to deploy more buses and improve first and last mile connectivity options for commuters. This will help users of personal vehicles to switch to cleaner shared transport, and increase ease for regular commuters.

Spilt of total daily trips by mode in major cities (Source: Centre for Science and Environment)

Yet, improvements in Delhi alone are not sufficient to improve air quality. Delhi constitutes a little less than 2.7% of the land area of the National Capital Region and 36.5% of its population. The primary growth areas for residential, commercial, and industrial activities in the national capital region (NCR) continue to be outside the political boundaries of Delhi.

The satellite towns neighbouring Delhi – Faridabad, Gurgaon, Ghaziabad, Noida, Greater Noida and Manesar – have all expanded into major urban cities with large populations over the past two decades. These cities have also seen high growths in personal vehicle ownership as well as other sources of air pollution.

The actions taken by the Delhi government to address the sources of air pollution need to be replicated at the scale of the NCR in order to effectively counter air pollution. Cities such as Gurgaon, Faridabad, and Noida have limited intra-city bus connectivity. Many of these cities also continue to operate dirty diesel three-wheelers, more than two decades after Delhi switched its entire public transport fleet to natural gas.

Delhi has had an industrial sitation policy for over two decades. It disallows red category industries – the worst in terms of polluting potential – in its territory. These industries include battery manufacturing, tanneries and smelters, among others. However, just outside Delhi – such as in the industrial clusters of Sahibabad, Bhiwadi, Faridabad and Narela – several of these industries operate with limited regulations, resulting in toxic emissions.

Similarly, the Delhi government has disallowed the use of dirty domestic and industrial fuels through the Approved Fuel Policy of 1996. Toxic soot-laden emissions caused by the combustion of viscous and high sulphur fuels such as tyre oil and fuel and furnace oil in industry are regulated under this policy.

In June 2018, the Delhi government revised this policy, making it even more stringent. It disallows the use of fuels such as coal and BS IV grade petrol and diesel (50 ppm of sulphur, compared to 10 ppm in BS VI grade fuel), which are freely used in the rest of India. This policy has led to the widespread adoption of cleaner alternatives – natural gas, electricity, charcoal, and biogas for commercial, industrial and residential use – in the city.

In the absence of such a policy in the areas neighbouring Delhi, the use of the dirty fuel for industrial and commercial activities continues unabated. The import of some of the dirtiest fuels – petroleum coke and furnace oil – have tripled due to such policy oversight that fails to address the majority of the industries of the NCR.

The severely polluted air quality of Delhi NCR is a complex, multifactorial problem that requires a regional approach. International experiences provide examples of effective air quality management through an airshed approach. For instance, in California, the regulatory agency is responsible for the management of the entire airshed – spanning city, municipal, and state boundaries.

The need of the hour is for the governments of the Delhi NCR airshed, which includes Uttar Pradesh, Haryana, Rajasthan and Punjab, to work towards a coordinated approach to air quality management. Air pollutants know no political boundaries.