Tamil Nadu, Rajasthan and Karnataka are poised to meet their energy requirements from renewable and non-coal sources, following in the footsteps of Gujarat and Chhattisgarh 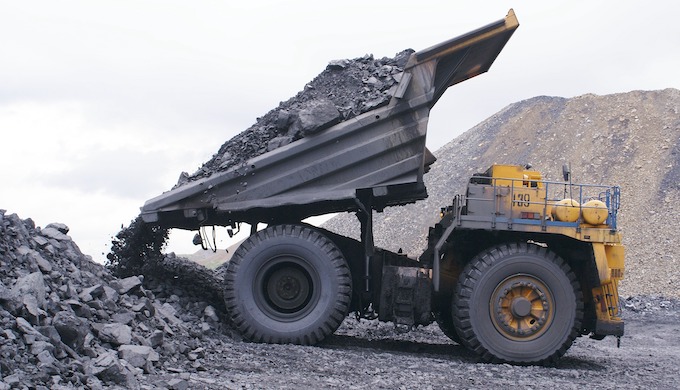 Despite widely cited government projections, the future of coal expansion in India might not be as bright as some assume. In a move that will bring cheer to the country’s efforts to restrain greenhouse gas emissions, two major states have already announced that they will not build any new coal-fired power plants. Now a new analysis suggests that three more states may soon follow in their footsteps.

Tamil Nadu, Karnataka and Rajasthan are in a position to declare a “no new coal” policy after Gujarat and Chhattisgarh made major announcements recently in this regard, according to Winds of Change: No New Coal States of India, a report by New Delhi-based non-profit Climate Trends that was released at the annual UN climate summit being held in Madrid.

Based on an analysis of current economic indicators, the states’ installed power capacities, electricity generation and renewable energy potential, as well as the impacts of air pollution and water stress aggravated by coal power, the report suggests that these three states would be able to meet their future power requirements through expansion of renewables and other sources of energy.

“Our analysis confirms the beginning of the end for coal in India. The decision by Gujarat, the country’s most industrialised state, and Chhattisgarh, the largest coal bearing state, to exit new coal power highlights the poor economics of the fossil technology, which powered the world so far,” said Aarti Khosla, Director of Climate Trends. “At the same time, it’s an enormous vote of confidence for the reliability and competitiveness of renewable energy.”

In September, Gujarat Chief Minister Vijay Rupani said the state government will not give any fresh permission to new thermal power plants. “The energy demand in the state is growing at the rate of 8-10% annually. The Gujarat government has decided that instead of using thermal energy to meet this growing demand, we will use only the renewable energy sources,” Rupani said. Chhattisgarh, one of India’s largest coal-mining states, has also said it will not build any new thermal power plants.

India’s energy plan foresees coal production increasing between 2015 and 2040 by 200% under a business-as-usual scenario, and by 250% under an “ambitious” scenario that seeks to reduce imports, the report said. India’s steep rise in coal production is predicated on the notion that not only will imports be largely displaced, but also that coal demand from the power sector will continue to rise steeply for the next two decades, it said. This is however uncertain given the increasing competitiveness of solar and wind the report said.

The uncertain growth in coal-fired power plants is reflected on the ground as costs of renewable energy drops sharply in India. The Climate Trends analysis shows that Karnataka, Rajasthan, Tamil Nadu are states with the highest renewable energy potential in the country and installed capacities are either higher than coal power or are on a path to overtake it.

The cost of electricity is an important factor in the Indian context, said A.K Saxena, Senior Director, Electricity and Fuels Division at the Energy Research Institute (TERI), a New Delhi-based energy think tank. “Renewable energy tariffs have become competitive in relation to conventional power sources and that will accelerate the energy transition in India,” Saxena said.

In Rajasthan, the total installed coal capacity stands at 11.6 GW whereas renewables and other sources stand at 11.1 GW. In Karnataka, installed capacity of non-fossil fuels stands at 63%, and in Tamil Nadu, non-fossil fuels exceed fossil fuels by 2.3 GW, Climate Trends said. Coal power is also more expensive in these states due to low availability and high transportation cost, the report found.

The cost of solar and wind power is 30-50% less than power from new non-pithead coal plants in India, the report said. Coupled with the shortage of water, plant utilisation in the three states is at less than 60% on average. This has led to high financial stress for both the power producers as well as the distributors, it said.

The current economic and weather situation has had an unintended effect on the way electricity is produced and consumed. Power generation from hydro and renewables is up, whereas coal is down, Climate Trends said. “These are perfect conditions to revisit electricity generation plans for the future,” the report said. “Renewable energy can not only help solve discom (power distribution companies) debts, but also help create new jobs in a slowing economy.”

The report’s analysis also shows that 12 other Indian states could possibly announce a no new coal policy, as they have high renewable energy potential. Several of them lie in India’s northeast and have low coal power capacity on the ground. Their economic and power demand profiles make them well suited for the transition, the report said.

By Soumya Sarkar
In a promising outlook for light mobility, penetration of electric 3-wheelers in India may rise up to 75% by 2030, followed by 2-wheelers at 35%
END_OF_DOCUMENT_TOKEN_TO_BE_REPLACED

By Soumya Sarkar
Renewable power is surging despite the Covid-19 crisis and is on track to become the largest source of electricity by 2025, ending the dominance of coal
END_OF_DOCUMENT_TOKEN_TO_BE_REPLACED

By Anjali Notandas
Concerned about the dangers of climate change and environmental degradation, children in India have taken to activism, demanding their rights to a better future
END_OF_DOCUMENT_TOKEN_TO_BE_REPLACED

By Nambi Appadurai
We have to invest in resilience-building measures, especially in health infrastructure, and weather and disease forecast systems, addressing training and adaptive capacity needs
END_OF_DOCUMENT_TOKEN_TO_BE_REPLACED

By Joydeep Gupta
India is meeting its current unambitious pledge, but it is still pushing coal and failing to protect natural resources needed to protect people from the worst impacts of climate change
END_OF_DOCUMENT_TOKEN_TO_BE_REPLACED
Share This